When women got involved

Women’s roles in public uprisings on the African continent have been highlighted in the media, from the Sudanese revolution to the #EndSARS protests. Pictures of women leading protests are widely shared and have become iconic. But how big a role do they actually play?

The gender ratio in this research, where women are just a quarter of the respondents, seems to say otherwise. But looking at other indicators, that picture changes. The #EndSARS hashtag is not new. The first time it showed up on Twitter was back in 2017. But it did not gain steam until October 2020. How come?

One of the things that happened, looking at the data, is that women joined in. Before October 2020, less than 20% of women had used #EndSARS on Twitter, whereas of the men more than 40% had. In October 70% of the women joined the online protests. Of course their number still remained lower than that of their male counterparts. But the addition of a new tiers of the population can only have helped spread the word more widely and diversely.

Only a quarter of the respondents were women, but that's not the whole story

When did you first use the #EndSARS hashtag? 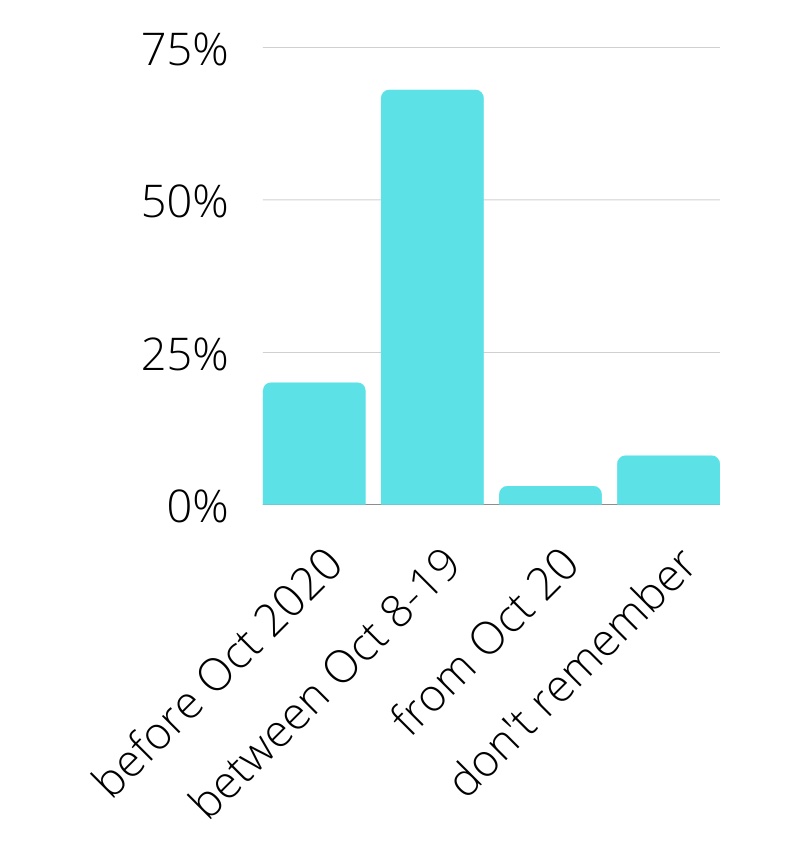 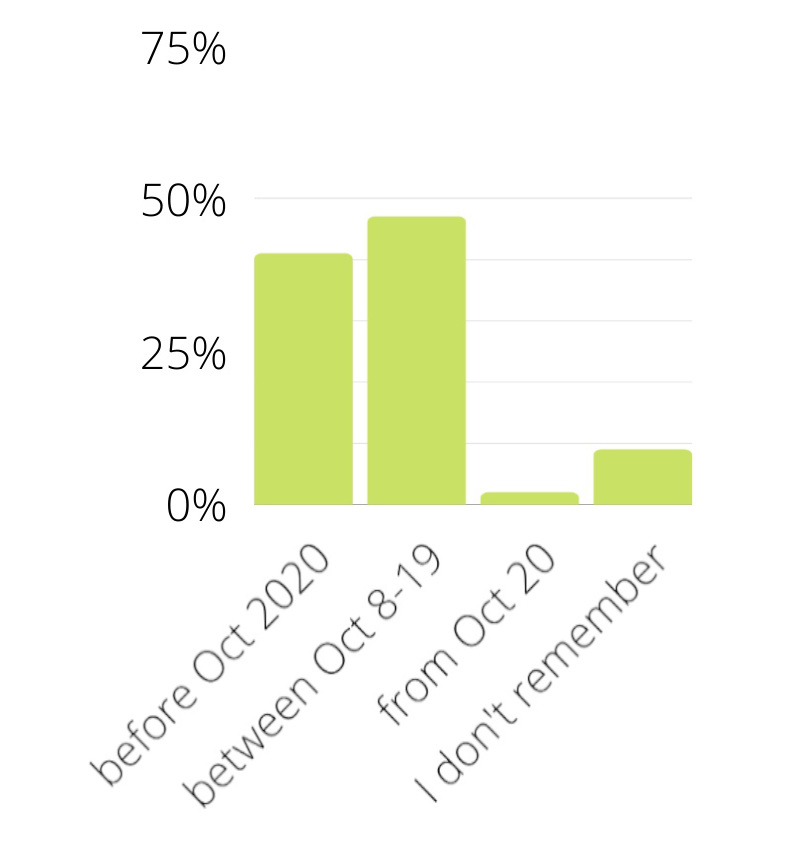 Aisha Yesufu, active Nigerian citizen:
'Women were the game changers in EndSARS. The first time a couple of years back, there were just men involved. I was there. I was the only woman. It made sense, because the SARS unit targeted men more than women. They have been victimised most. But women coming on board to fight the injustice done to their brothers and sons was instrumental to the movement.' 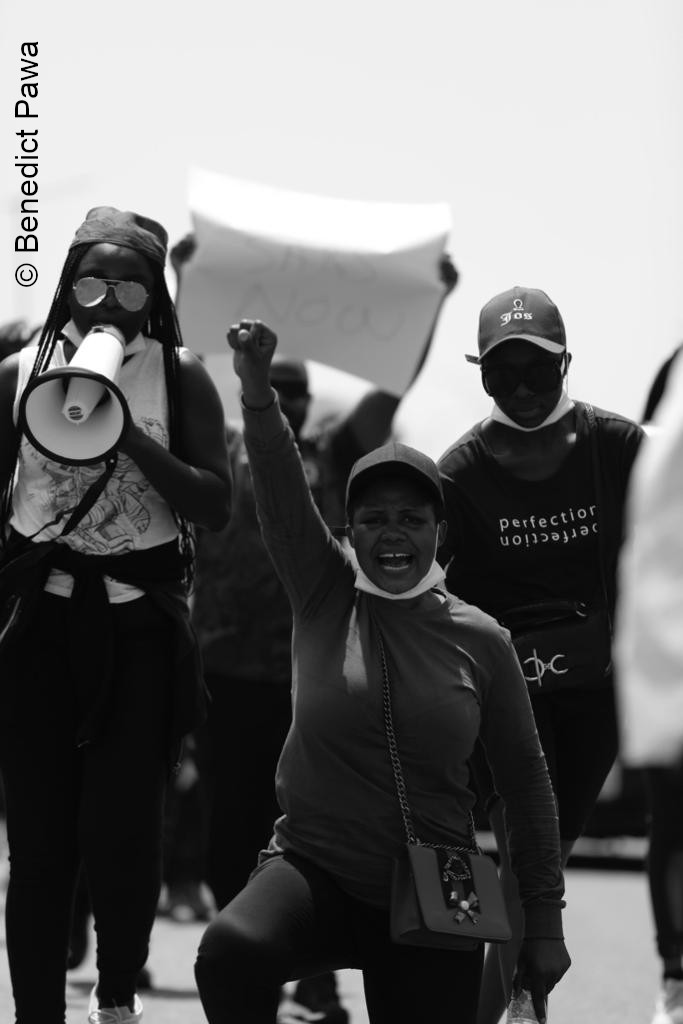 33-year-old female activist:
'I had never gone out on the streets before. But this time I just had to. I was at work and saw things blowing up on Twitter. I decided I would join the protesters. My younger brother was detained once by SARS, because they opened his phone and saw a Facebook account not in his name. They took his clothes away and demanded money to let him go. This has got to stop.'

What did you do besides tweeting? 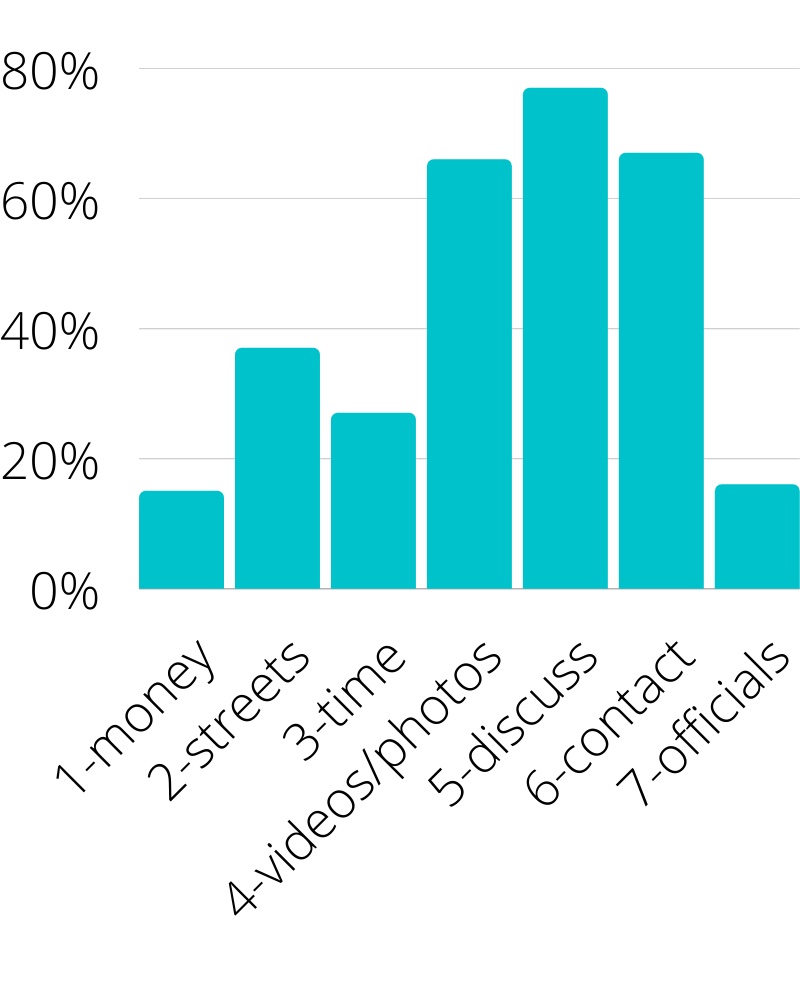 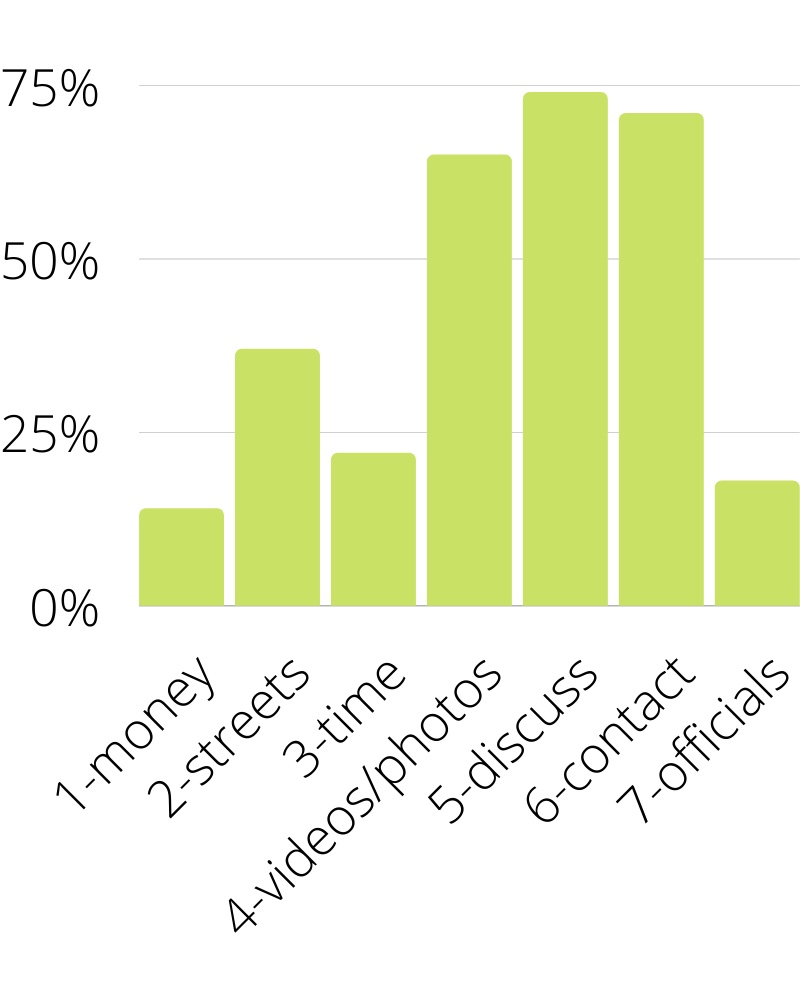 When asked if they had done anything beyond tweeting the hashtag #EndSARS in relation to this cause, both sexes answered with a 'yes' in large majority. Women even more so than men: 94% indicated they had done more than just tweet, versus 89% of the men.

Men and women turned out to be equally ready to go out onto the streets: 37%. Around 15% of both genders said they had donated money. Women appear to have been a bit more generous with their time: 27% said they volunteered to help, against 22% of men.

Interestingly the official road seems to have been more attractive to the male activists: 70% signed online petitions and 18% contacted elected officials about #EndSARS. Amongst the women, this was 67% and 16%. They might have less confidence in official routes to effectuate change than men.

The slight differences do not change the fact that the similarities between the genders are much more significant. It could indicate that there was a certain gender equality amongst the participants when it came to their roles in the protests. An interesting phenomenon in a country where women's presence in official political office still is at a very low level.

What offers us a glimpse into the future, is the respondents in the age group 15-19. That is the only age group in which women formed the majority of respondents: 55%. That could be a sign of a generation of young Nigerian women finding their voices and speaking out.

In the youngest age group, women were the majority

Men and women equally ready to go out onto the streets: 37%

27% of women volunteered their time to help