YoungstaCT is a new individual to the South African music scene. His career has really gained momentum over the last few months, to the extent that he has been featured on Netflix’s production of Blood and Water – a series that takes place in Cape Town. For this reason, I have decided to do a close reading of Youngsta’s song ‘Yaatie’. I will be analyzing the lyrics as well as the music video. Interestingly the video was directed by Imraan Christian, an up-and-coming documentary photographer and videographer who is also from Cape Town.

It is intriguing that Youngsta, also known by his birth name of Riyadh, and Imraan have done this collaboration. Not only do these artists share an ethnocultural background, but it can also be assumed that they have shared very similar lifestyles growing up under the label of “Coloured” in Cape Town. It is well known that the geography of South Africa is still largely demarcated by ghosts of racial dividing lines. Therefore, these two artists have been exposed to communities and individuals of similar socio-economic backgrounds. It is well known that Imraan turns towards his ancestors and his community as inspiration for his work. It appears that there is some sort of intersectionality between the work of Riyadh and Imraan. For example, in Imraan’s project Ma Se Kinders he explores challenges to the community such as “such as gang culture and drugs” (Angelos, 2020). 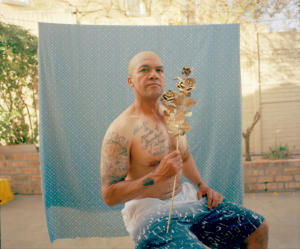 Arguably Youngsta explores similar themes and concepts in his music. In an interview with Paper Magazine this idea was reiterated as writer Rasool states “for [the album] 3T he sought to explore the political corruption, racial inequality, unemployment, and poor educational institutions that fueled criminality and violence in the city’s impoverished areas” (2019). In this interview Youngsta claims to live in “the most violent city in all of South Africa. The murder rate is the highest, the gang-related murders are the highest…” (Rasool, 2019). These facts provide a basic understanding on the type of setting that communities have been built in Cape Town. This will be further explored through the analysis of the song “Yaatie”.

Both artists appear to use an auto-biographical lens when producing their work as they explore the individuals around them and question social settings. This is especially the case in the song “Yaatie” as this is Youngsta’a nickname. Therefore, one can assume that the lyrics are referential to the experiences of the artist himself.

Intro: [Youngsta’s Grandad]
Nooo…! I don’t trust these f****** man. Not at all
But Riyadh, you want to trust these people – you might as well trust the devil

Look how long I’m living in Ocean View – I came here in 1972
You go around Ocean View half of the bladdy pavements are not even tarred. Nooo!

They all a bunch of liars – So I don’t know what you going to tell these people when they interviewing you. I really don’t know

[Verse 1]
1991 when everything began and I came out the womb kicking, screaming
Moved in Wittebomme suburb where they drug dealing
I got lots of brasse (It could be male or female friends or just people in general) looking at the prison ceiling
This is not emotion, no, so do not koppel (catch) feelings
Everyone has a story so who the hell cares
I was fresh prince but I didn’t live in Bel-air
Used to make me spikes, yes I used to gel hair
Started selling nikes? Sieka (probably) had like twelve pairs
Are you gonna tell im a fake and im a fraud
When you know the pen is much more mighty than the sword
I dont pop no mollies, I dont rock no Tom Ford
I just do karate on the mic, im Jean-Claude
They tell me I should be on Snapchat, I should tweet more
The problem is im on the corner with the street lords
They ask who I am and I say im Rick James
Right before i really wys (to know or to show) them whats my nickname

[Verse 2]
Yeah
Grandma gave me coins I put it in the moneybox
Saved a couple pennies spent it at the babi-shop
I found out they stabbed him and my body felt a shock
I realised these aren’t fairy tales and Goldilocks
6-years-old in Ocean view I got the chicken pox
Brasse broke into my house, they good at picking locks
Music permi playing you could hear the boom-box
A naughty little laatie just like Riley Boondocks
I had a crazy life if I think and backtrack
My uncle was a skelem (criminal) he was smoking mandrax
When he walked and everybody used to stand back
He grew up in the ghetto, breakfast wasn’t flapjacks
I just wanna show you who was in my family tree
I had two good parents, one of them was absentee
My daddy passed away and so im saying RIP
My mommy hates this name, but i have to disagree

Before I begin, I think it best to explain that even as a South African, I am an outsider to the context which will be discussed. Therefore, it will be difficult to provide an accurate and in-depth understanding of the text without the resources to extrapolate a deeper meaning. That being said, it is interesting to note that the name of the album, also depicted at the end of the music video, is the name of the album called 3T but it’s stylized with the Arabic letters ب  and an ٤ (YAATIE, 2019). This then is a reference to his biographical background growing up under the Islamic faith. 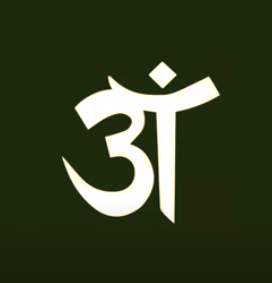 The song makes extensive use of slang and colloquialisms – which have been translated and explained in brackets next to the words. It is interesting the extent to which Youngsta has used local colour in his music. For example, he goes so far as to use onomatopoeia for the term “babi-shop” so as to emphasize the pronunciation of words in the Cape Colored accent. He has ensured that his work is regionally defined lyrically and visually, through the use of the commonplace and the mundane in his local setting. For example, in the music video (stills below) there is imagery of local houses, streets and unidentified individuals from the community. This setting may not be identifiable to all but it provides a near-true representation of the context that is being discussed.

Besides the visuals of individuals in run-down settings and some scenes of areas covered in trash, the socio-economic status of the area is implied through the reference to high levels of crime in the lyrics. He states that Wittebomme has individuals that are “drug dealing” and many of his “brasse (friends/acquaintances) looking at the prison ceiling”. Further references to illegitimate business practices are made when he states that he started selling Nikes – and it can be assumed that this is not at the official merchandise store. Furthermore, he states that his “uncle was a skelem (criminal)”. His Grandpa is described to have grown up in the ghetto, which according to the intro is the area of Ocean View, therefore indicating a poor standard of living. There is also a reference to stabbing in verse two, relating to the issue of violence and gangsterism in the Cape Flats. The setting is further confounded by the intertextual reference to the Fresh Prince of Bell-air. For those who have not seen the show, the areas of West Philadelphia and Bel-air, Los Angeles are used to contrast individuals and their cultural practices in areas of different socio-economic status. This may also be a double entendre due to the fact that Belair is also the name of an upper-class area in Cape Town, the counter opposite to Ocean View.

Gangsterism appears to be a trend throughout the song. For example, where Youngsta refers to himself in the third person as “a laanie (boss)” this may be indicative of “street cred”. This is also seen in the sentence saying that Youngsta can be found “on the corner with the street lords”. Furthermore, the illicit use of drugs is a common theme in hip-hop and rap due to its relation to gangsterism. Evidence of this can be found with the reference of smoking mandrax. Gangsterism is also explored through the intertextual reference to Riley from The Boondocks who is known to embrace stereotypically gangster behaviour (Yaatie, 2019). This character often uses poor grammar and this can also be seen in the work of Youngsta in sentences such as “used to make me spikes”, “you know the pen is much more mighty than the sword” and “breakfast wasn’t flapjacks” – to name a few.

Youngsta generally uses his work to criticize the current government and its practices. It is usually more evident, like in the song VOC, but it is also present in Yaatie when his Grandpa states “You go around Ocean View half of the bladdy pavements are not even tarred”. This then points to the lack of service delivery in South Africa due to corruption and ineffective management.

From the lyrical and visual analysis of the song Yaatie it is evident that this is a commentary on the lifestyles of certain communities of Cape Coloureds. This information has been localized as it is told through the eyes of an artist that has experienced social inequality, racial segregation, gangsterism, violence and ghetto-like situations firsthand. Youngsta provides a social commentary on his community through the lens of documentary realism and local colour, helping to define the setting lyrically and visually. This is partially attributed to the collaboration with Imraan Christian and his use mostly unfiltered images. A close reading of Yaatie has revealed the complex identities of individuals in this setting and the social issues that they face. I would highly recommend listening to the entire album of 3T in order to gain a deeper understanding of these complexities.