Last month, after the South African healthcare company Clicks published an advert on its website which many perceived as racist. (See image presented) The political opposition party Economic Freedom Fighters (EFF) demanded Clicks to close for five days. Later, it demanded Clicks to suspend the people who were involved in the advert. After Clicks refused to do these things, Julius Malema, the leader of the party, called upon EFF supporters to ensure all Clicks establishments would be closed for five days by means of peaceful protest in front of the Click stores. Amongst other means, Malema called upon his followers with a video published on the Youtube Channel of the EFF. (See link below)

This blogpost aims to unravel the motives present in the speech by Julius Malema by exposing structures of power. This is done by applying critical discourse analysis. First, the context of the speech is analysed. Second, Malema’s argument and his methods of conveying are examined.

The location of the speech is at the Clicks store in Mall of the North in Polokwane. This is the city where Malema was born. Presumably, Malema feels at home here more than at other places. Also,  this allows him to use Pedi, a language that he speaks well. Because English is the lingua franca for politics in South Africa, he predominantly uses English. Yet, black South Africans tend to use languages originating from the country itself when addressing one another. When analysing the video, one can clearly see that the audience responds much more actively when Malema uses Pedi. Also, it shows the specific functions that different languages can have. Malema uses Pedi when he wants to emphasise something.

Both Malema and many of the listeners wear the EFF clothes. Some of the attendees wear the iconic EFF berets with which the EFF desires to be associated with Che Guevara. From the video, it seems that Malema knows what he wants to say but it seems he has not prepared exactly what to say. This can for instance be concluded since he talks for a great deal about the presence of policemen that he could not know of on beforehand. Also, after analysing his facial expressions, one can tell he is speaking ad lib.

Lastly, the title of the video contains the hashtag “#ClicksMustFall”. #ClicksMustFall is not used by Malema in his speech. The reason that it is in the title is to refer to the hashtag “#FeesMustFall”. This hashtag was used in a protest campaign against high university fees which excluded poor and particularly black South Africans from attending university. The #FeesMustFall movement is already inherently linked to the anti-apartheid movement, for instance through making use of the raised fist symbol. Moreover, this protests also contains many references to the anti-Apartheid struggle. For instance, the dances displayed by protesters have their origins in anti-Apartheid protest dances. These are interesting cases of intertextuality and intermediality.

The content of the speech also contains important information for understanding how Malema tries to achieve his goal of conveying a message. The EFF is a Marxist-Leninist party and by addressing the attendees as comrades and fighters, Malema makes references to socialism and in particular historical African socialist anticolonial movements.

Malema argues that Clicks, with this advertisement, humiliated black people by portraying them in an inhuman and ugly manner in order to increase its sales. It cannot be said with certainty that Clicks published this racist advertisement on purpose or that it was an accident. In any way, it is already highly humiliating that it is possible that such an advertisement can be published at Clicks. After such a publication, one can seriously question Clicks motivation and desire for fighting racism.

One way Malema phrases the problem is: “you worship money more than humanity.” In the context of South Africa, humanity denotes different notions than it generally does in the Netherlands. What humanity means for South Africans is captured under the notion of ubuntu. Ubuntu can be understood as an notion representing a uniquely African communitarian humanism. The notion is much closer to the heart of South Africans than people in the Netherlands could imagine at first sight.

The EFF is generally perceived as a populism party. Given this, it is easier to understand why Malema says “we are no longer going to accept any apology that is not accompanied with justice” after which he accuses a black elite members of accepting such apologies by white people because they want to be like white people. Populism is characterised firstly by an excessive focus on criticising the ruling party, in this case the ANC which has been merciful in responding to wrongdoing during Apartheid times by installing the truth and reconciliation commission, and secondly by criticising “the elite”, in this case a black elite which wants to be like white people.

On of Malema’s most effective rhetoric devices is switching languages. He does this to emphasise something and to bring about a certain response at the audience. He does it particularly when trying to create a closer, more informal and more ‘real’ connection with the audience, often in combination with a joke. For example, first, Malema seriously states: “Black policeman, start respecting yourself.” Later on, he starts mocking the police presence and he uses Pedi to express a typical expression which literally says that the policemen are in their boots playing with their fingers pretending like they do not want to join him. He argues that the police “must go and arrest real criminals and rapist out there.”

In sum, it can be seen that there are various factors at stake which support Malema’s claim although they are not easily recognisable at first sight, both concerning the environment as well as concerning the content of the argument. 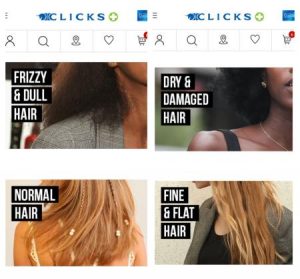