The !Xun of Platfontein: A story of relocation and language revitalization 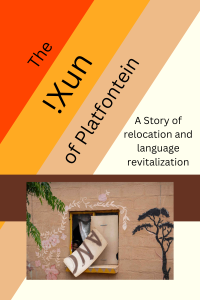 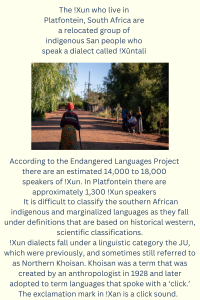 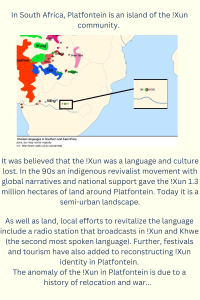 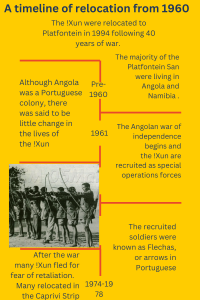 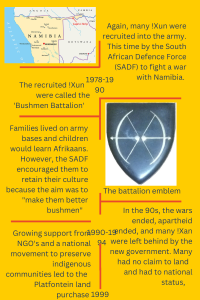 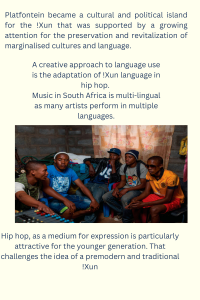 I wanted to read about a language and people that did not signify the traditional and rural tropes of dying languages and cultures. The San people and Khoisan languages are present in popular culture and recognised as part of national and global narratives to protect indigenous rights and languages. Reading into !Xan, increasingly I saw the complexity of defining a people and language through historical terms and in a colonial languages. I feel uncertain about my terminology and definitions.Secondly, I sought a case study that connected music and languages because I think music can show global and local connections which is what the case study of hip hop and !Xan youth does.

Ayodeji Bodunrin, I. (2019). Hip-hop and Decolonized Practices of Language and Digitization among the Contemporary !Xun and Khwe Indigenous Youth of South Africa, Crtitical Arts 174-190.

Den Hertog, T.N. (2018). ‘We have come out of one place: it is called Omega: An ethnographic study on the role of context in understanding mental suffering among the !Xun and Khwe of South Africa.