At the beginning of the Bachelor, ‘African Languages and Cultures’, I already knew what my goal was, to research a language, my language, Cape Verdean creole from Barla Vento, or the windward islands of Cape Verde.

I thought and still think that researching this language is necessary. A language that is not even that old, about 500 years, and came into existence due to the contacts between the Portuguese settlers of the islands, and the Africans that they had brought along, from the African mainland, 500 kilometres away.

The Portuguese influences in our language and culture, have always been in the spotlight, because of the narrative and the visions that colonialism forced upon us. That what is European is better, is leading, and especially is more worthy. Causing us to look away, or to even push away our African roots, that definitely are there, in our traditions and language. 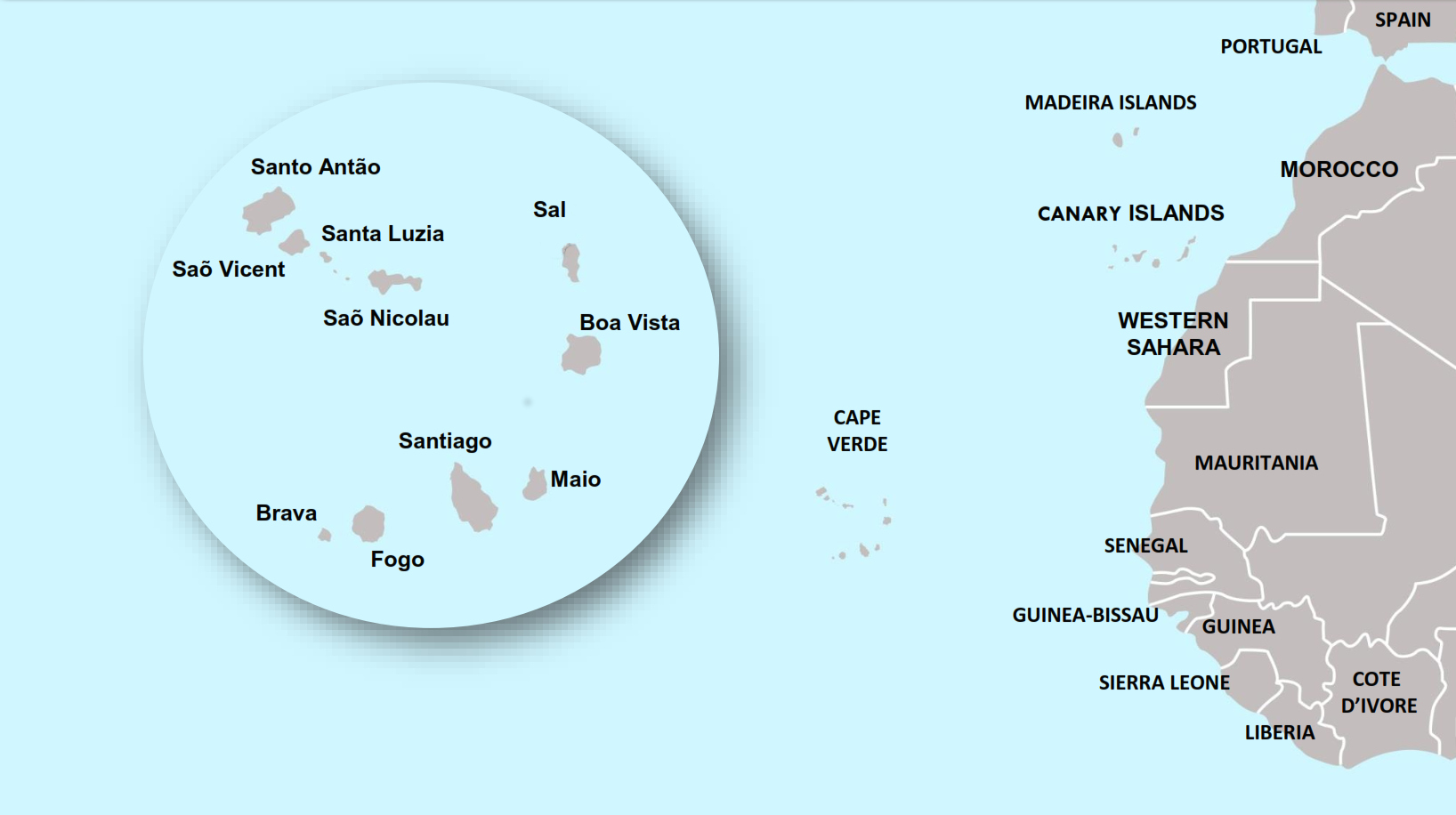 Nonetheless, there are several, multiple pieces of research to be found on Cape Verdean Creole, however, these almost always consider only the variant from Sota Vento, or the leeward islands, often with the argument that this variant is “more African” than the one from Barla Vento. However, speaking Barla Vento myself, knowing Portuguese as well, yes most of the words are distracted from Portuguese, however, the way we pronounce these words, the way we arrange these words are definitely different from Portuguese. This maybe me ask many questions; How come the other one is “more African”? Since there are more than 2000 African languages! With what African language are they comparing this variant? Where does that place our Creole? Below the variant from Sota Vento? Below Portuguese?

According to me, it does not. That is why I took the opportunity to research this for my thesis and made a comparison with Wolof, a language spoken in Senegal, Gambia, and Southern Mauritania. In my Bachelor I had the opportunity to learn Wolof in Senegal, thus the Wolof I used as a departing point is the one from Senegal. Why did I choose Wolof? Purely from geographic motives, since it is the closest language to be found from Cape Verde.

In my research I focussed on phonology and grammar, considering morphology is mostly distracted from Portuguese, and that side of the story we already know. From the research comparisons with Wolof and Cape Verdean Creole from Barla Vento definitely could be found. However, several aspects were found as well that could not be compared with the Leeward islands, with Portuguese, or with Wolof, and suggests that further research is needed. Further research where more comparisons should be made with African languages.

Why again do I emphasize African languages, to change the narrative, that these are less worthy, but that these are definitely AS worthy, and to actually decolonize our mentality. And as well to emphasize that our Cape Verdean creole is a worthy language, the language we Cape Verdeans use to express ourselves, to brand ourselves. As well 46 years after independence we can continue to compliment every part that makes us, us, these are as well the different African elements of our Cape Verdean existence.

Thus, I wanted to start with language, because this is an element that returns in our daily life, even though if you were born in the diaspora. As well because in language we can find elements that tell us our history, even if we do not notice. These elements should be celebrated now we can.

Finally, as in many African countries, is in our country as well the language of the former colonial power, still the official language, that is prioritized in professional settings. I would like to argue that through research, writing out the grammar, writing policy where our local languages are taken seriously, and by discovering its roots, I hope that one day, later in the future, it will be a language that can take a position passed a role of informality in our Cape Verdean society.

I would like to thank Prof. dr. Mous for being my thesis supervisor, my family, my teachers in Senegal, and especially Mamour Dramé for teaching me Wolof, and as well the teachers from the Bachelor at the Leiden University, for, even though a university in a European setting, making a serious effort in portraying an honest picture of the African continent, away from the standard stereotypes that our society still tends to lean towards.