In Their Husbands’ Shoes: Women Breadwinners in Nigeria

Nigerian women are increasingly challenging gender norms by becoming breadwinners. Traditionally, men are responsible for providing food for their wife and children, while women are supposed to care for the home and nurture the children. Over the past decades, however, gender roles in Nigerian households have become more fluid. This article presents the findings of mixed-methods research* conducted in Ile-Ife, Southwestern Nigeria. 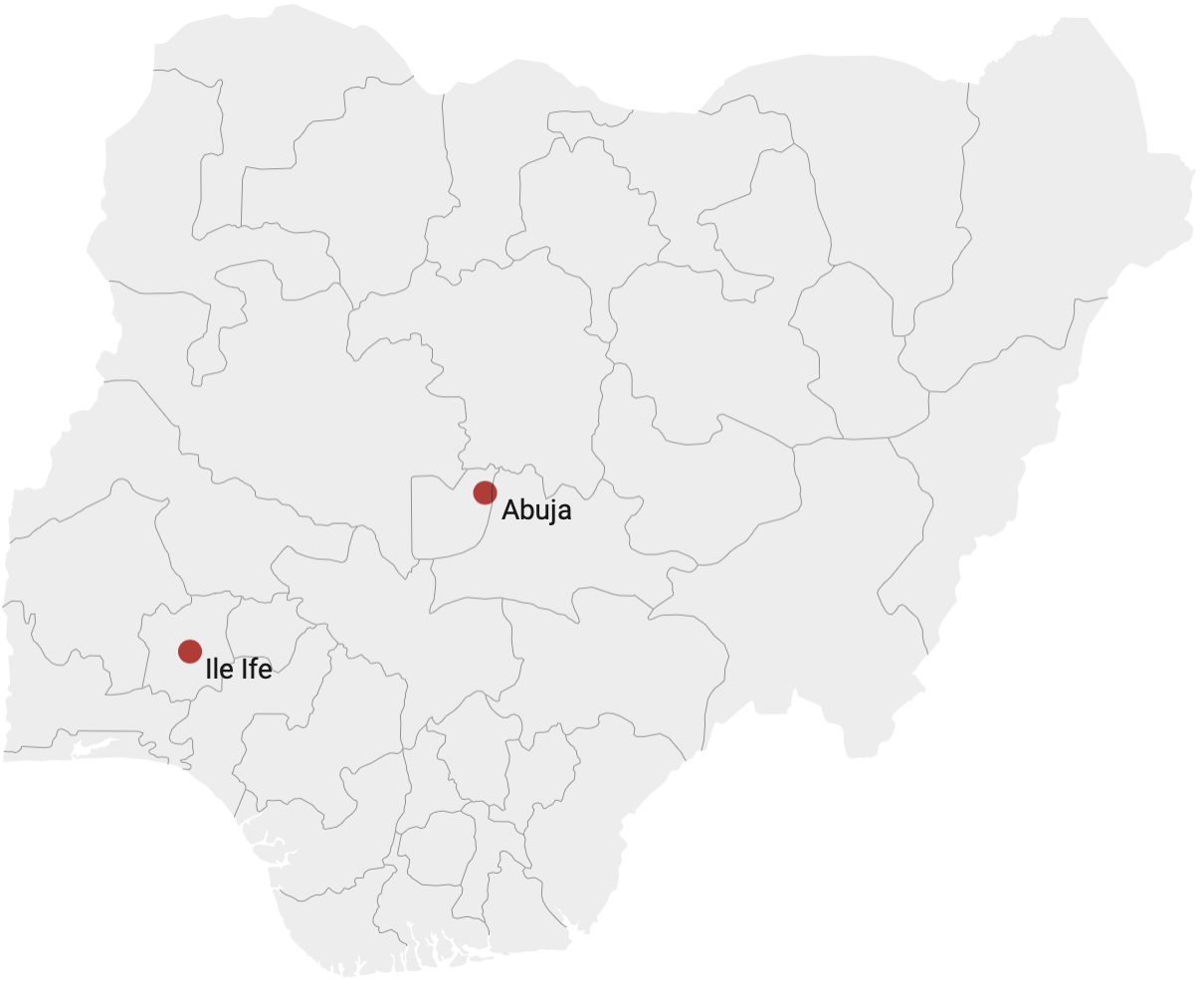 This research used a combination of quantitative and qualitative methods. 160 questionnaires were conducted with women breadwinners in Ile-Ife, Nigeria. These were used to gather data on socio-economic and demographic characteristics, including age, marital status, education, occupation, religious affiliation, income, source of finance, family size, gender composition of the family, and circumstances leading to women breadwinning roles. Then 32 in-depth interviews were conducted to further investigate the circumstances that led to women breadwinning, the roles they play to sustain their families, challenges they face in their double role, and coping strategies. In terms of research ethics, all interviewees consented to participating in this study. Because of the low literacy of many participants, the questionnaires and in-depth interviews were conducted in Pidgin English and Yoruba language.

The majority of respondents got married at an early age, had little to no formal education, and about five to six children to care for. These are not isolated incidents but rather consequences of each other: getting married at an early age debarred them from education. A lack of (sexual health) education contributed to them getting many children without the empowerment to properly cater for them, thus creating barriers for the women’s development. Other factors working against them are the economic recession as well as the patriarchy (including the uncaring attitudes of husbands and polygyny). These circumstances contributed to emergence of women breadwinners in Nigeria. In their roles as breadwinners, they were responsible for paying school fees, electricity and medical bills, house rent, clothing, and food, in addition to their traditional role of bringing up their children and taking care of the home. The combining of these roles as a single parent was one of the main challenges faced by women breadwinners in Nigeria. Another major challenge was the inability to access loans as husbands are expected to stand as surety. 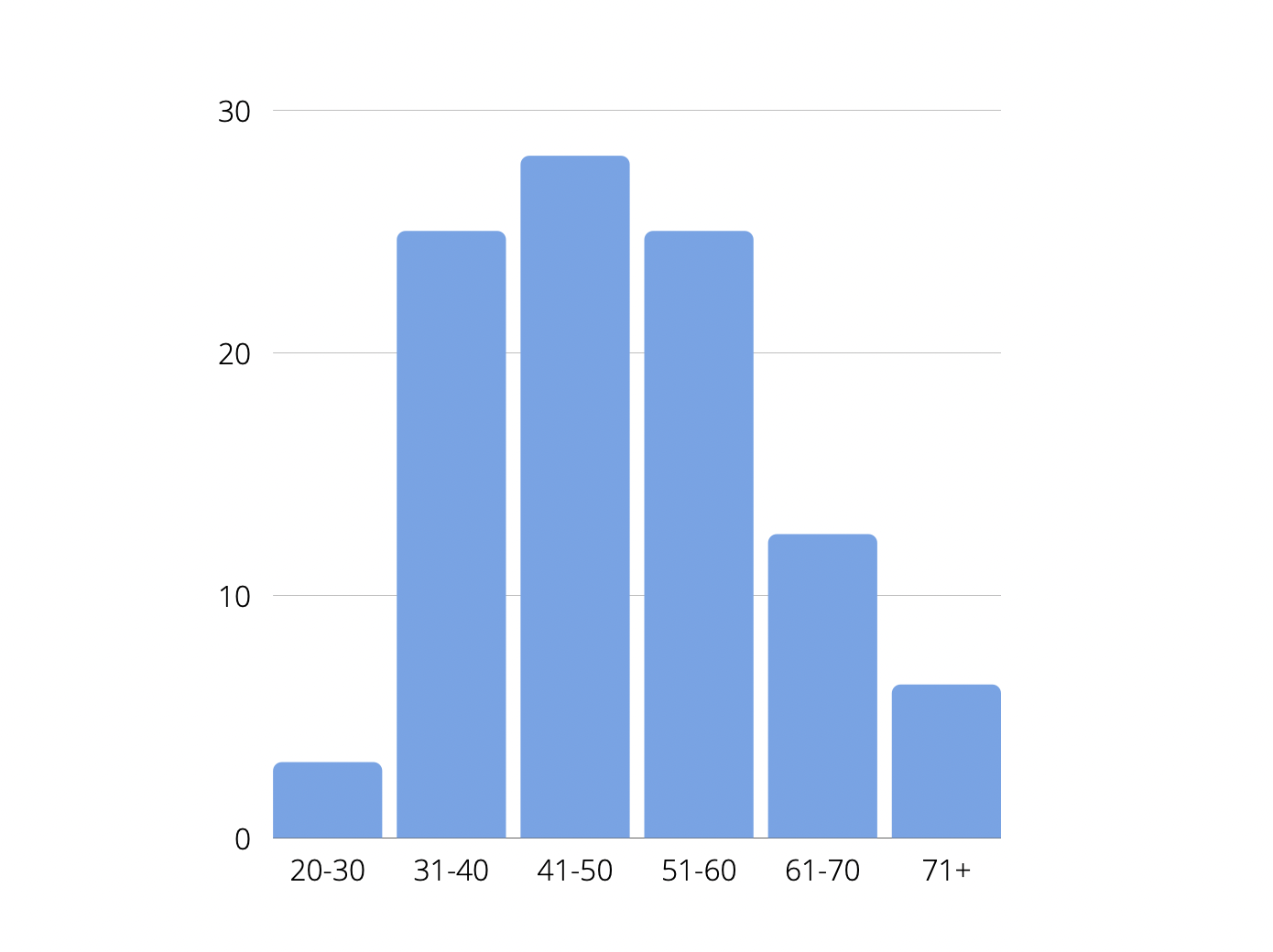 Age of participants (in %) 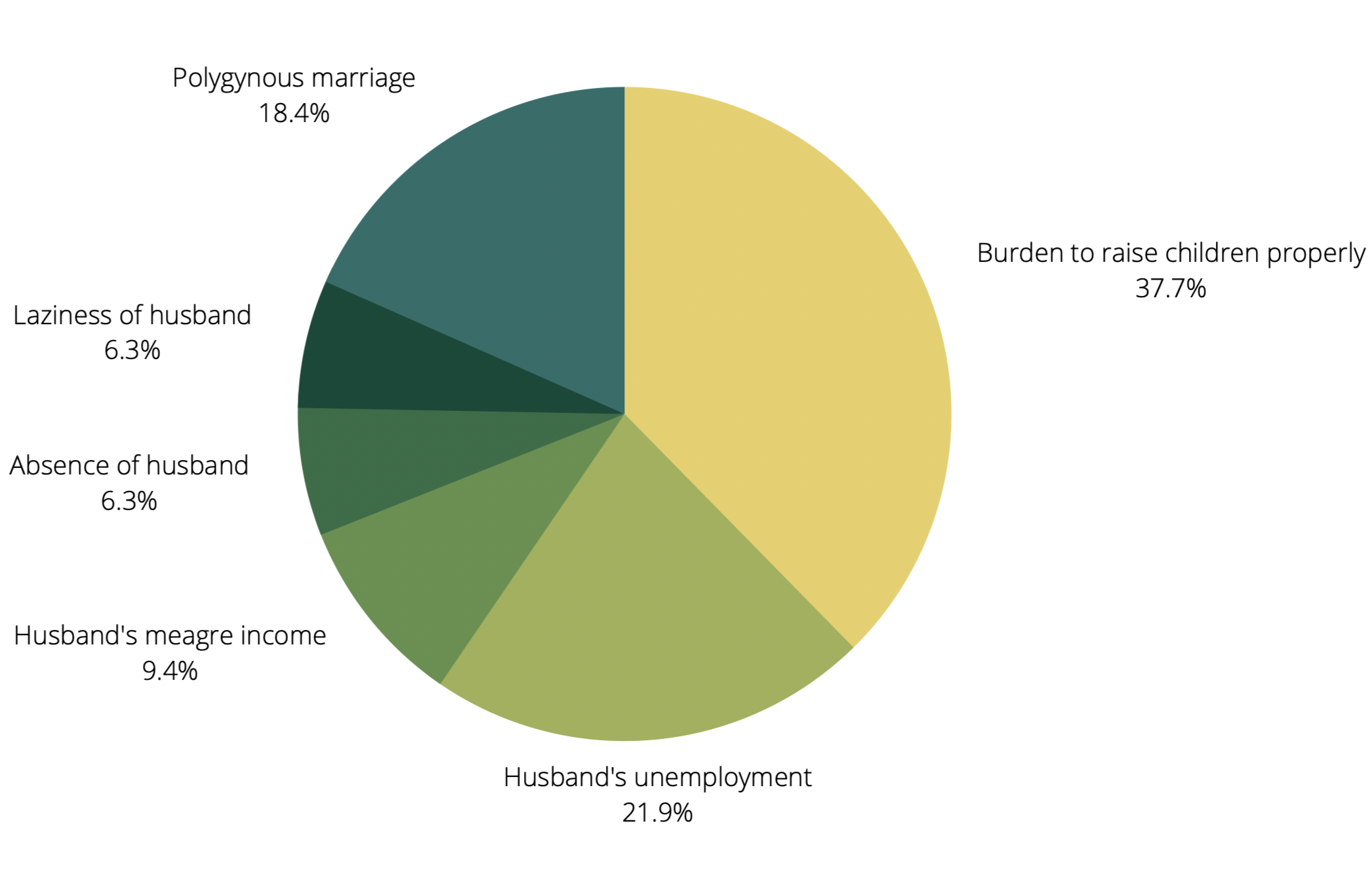 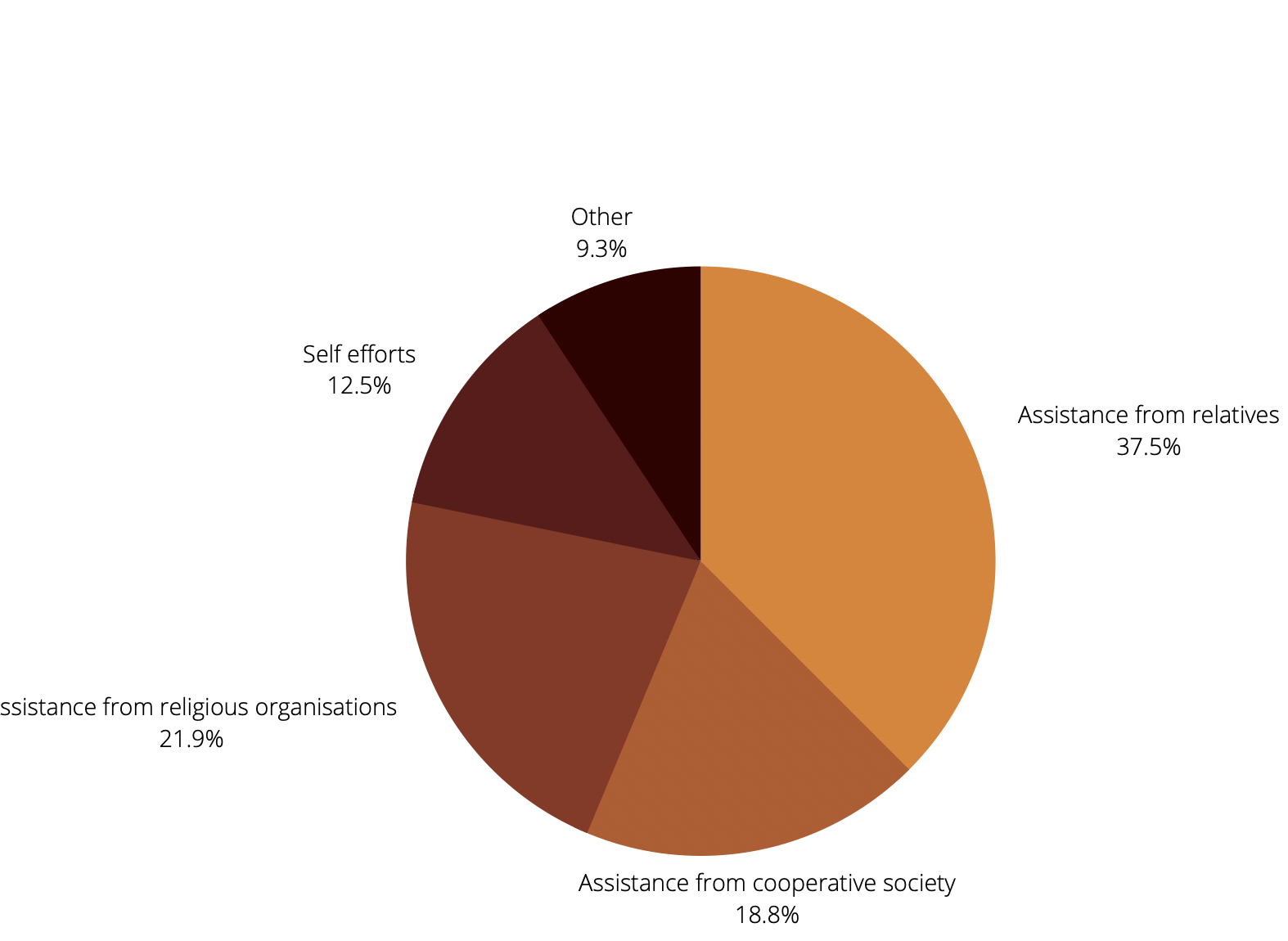 For a more in-depth analysis of the findings (by Julia Arenos Karsten), please click the button on the right.

60% of the participants has not received secondary education 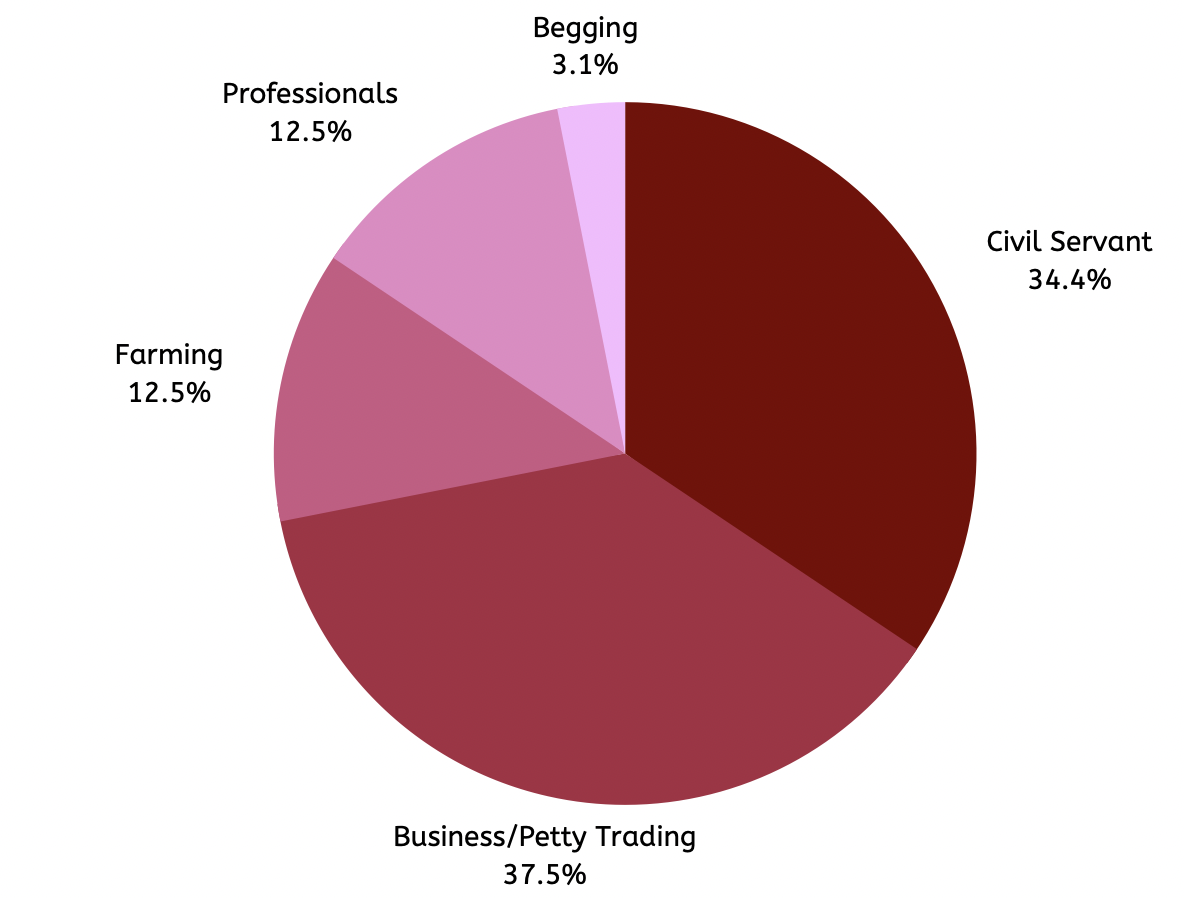 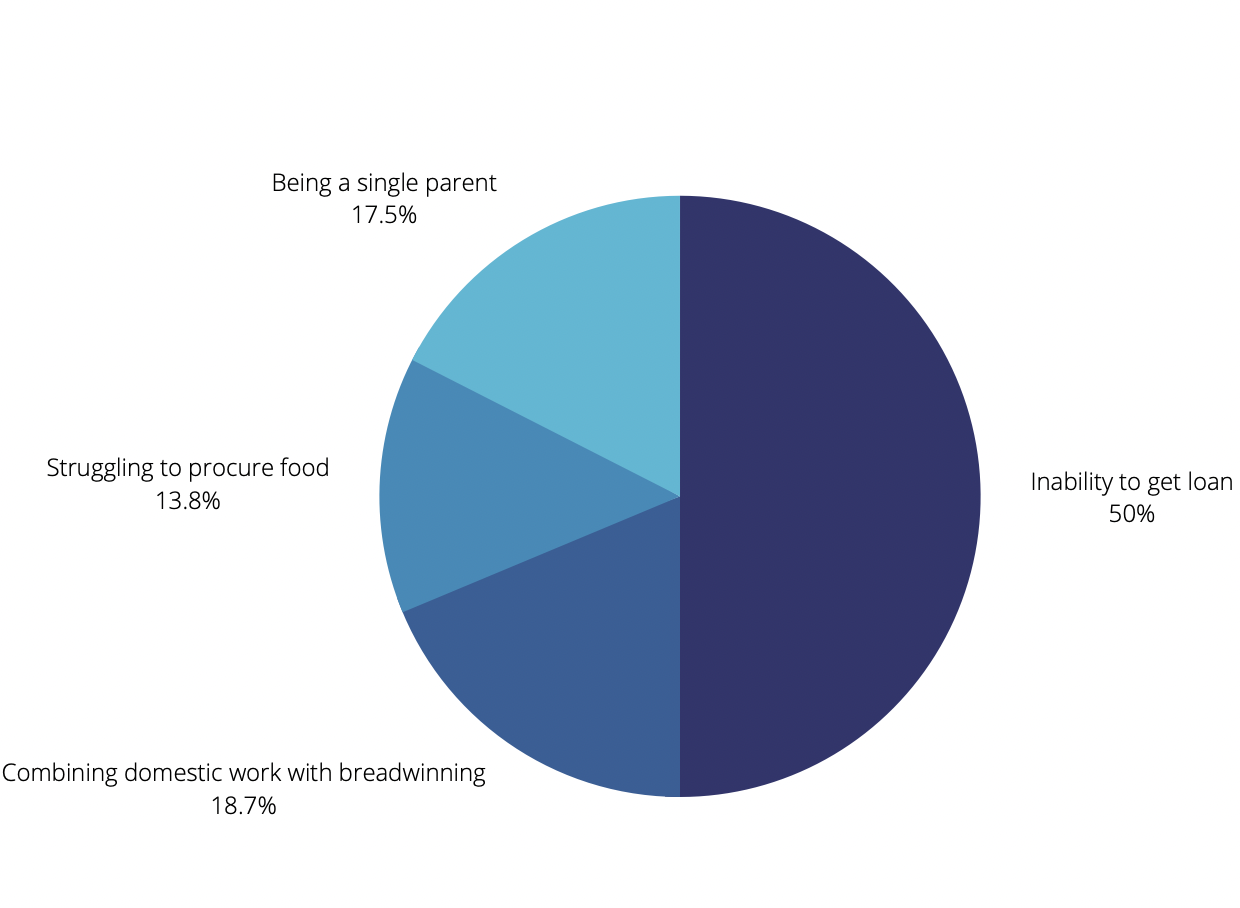 The increasing presence of women breadwinners in Nigeria (and the challenges they face) is a result of the economic recession and gender roles under the patriarchal system. Push factors in the emergence of this phenomenon include being a single mother, polygyny, husbands who are able but unwilling to work, and the effects of economic recession. This burdens women as they become responsible for paying tuition fees, house rent, and food, while also being responsible for raising their children in line with societal norms. They are thus working two fulltime jobs by fulfilling traditional male ánd female roles, which creates other issues. Some women cope by asking assistance from relatives and churches, while others resort to borrowing money from informal associations or begging. To reduce burdens on women breadwinners and improve their wellbeing, the researchers suggested that the Nigerian government should provide access to free education and vocational training, loans on affordable terms, health care and other forms of social security, and discourage men against polygyny through mass media.