Through the lens of a Mixed-Methods Research: HIV Prevention among Men, in the context of the DREAMS partnership in Southern Africa

HIV, a human immunodeficiency virus that affects half of the world’s population, living in Sub-Saharan Africa. Previous studies have shown that men, especially, are more likely to test for HIV and have a higher risk of death due to AIDS than women. For this reason, it is believed that it is essential to engage more men in the prevention of HIV/AIDS. To assess the trends of the risk factors for men, their service use and their experiences with HIV/AIDS prevention programs, such as DREAMS’ Adolescent Girls and Young Women (AGYW) Programme, a few researchers decided to conduct a study on these trends through a mixed-methods approach.

While assessing these trends, its study conducted two cross-sectional surveys. From December 2016 till February 2017,  the first survey interviewed men from the age 20 to 34 years old in Eswatini. The second survey was conducted from June till September 2018 in South-Africa. These men were from the age of 20 to 40 years old. Considering its partnership with DREAMS, Eswatini and South-Africa were chosen as study sites since its related activities were already implemented and considered to be high-HIV burden sub-national units. In order to capture a sample of high-risk HIV men or AGYW’s male partners, the study recruited respondents at the community. As they were guided by key informants’, the study was able to locate the places where young women and men usually meet and socialise.

After analysing the data, the study shows that the risk factors of HIV were widespread in Eswatini as in South-Africa. However, it has been noticed that among South-Africa’s highest risk profiles, HIV risk factors’ prevalence varied over time. Furthermore, results demonstrated that the majority of the surveyed men did engage in HIV services, such as testing. Regarding the extracted qualitative data, it indicated that the use of HIV services was stimulated due to advocacy of HIV treatment efficiency. As men received information and support on HIV through HIV prevention programs, it did have an effect on their engagement in HIV services. Only less than 15% of male survey respondents did not attend or receive HIV prevention information.

Due to the use of mixed methods, this study was able to investigate the engagement of men and their response to HIV programs, such as DREAMS, in Eswatini and South Africa. As for this reason, the study was able to answer its three main questions: ‘’Did HIV risk factors and service use change among men over the time-period when the intensive HIV response for AGYW and their male partners was rolled out? Secondly; to what extent was this the case for subgroups of men at highest risk of acquiring/transmitting HIV? Lastly; what were men’s experiences and perceptions of HIV prevention programming and services?’’ Through the combination of qualitative research, like surveys and interviews, and quantitative research, such as the use of statistical LCA models, it enabled to underpin the importance of direct involvement of men beside women in improving communication and mutual support on HIV. Furthermore, it encouraged male groups to express their experience, worries and to ask for advice. 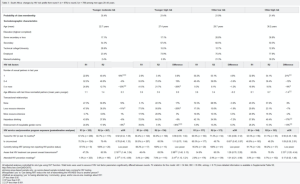 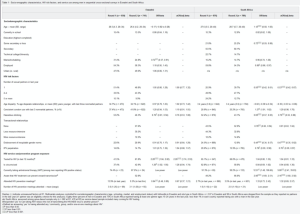