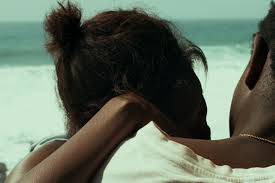 Gaze in critical theory refers to the acts of seeing and being seen. Within a hegemonic culture that hinges on racism and sexism, the concept of gaze and who is permitted (or perhaps, well positioned) to have one has been microcosmic of the relations of power which inform these notions. This is especially evident within film. Hollywood cinema has long since been identified as a space of knowledge production and dissemination, with a wide reach and huge power (hooks, 2010, p. 261). 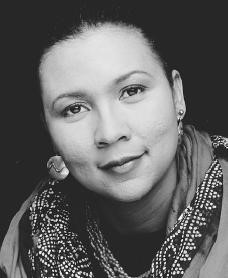 bell hooks was the founding father of a critical discussion that focused on the role of the black female spectators and their relation to white and black representation on film. She contends that, despite a long history of oppression on screen and in real life, black people had the right to gaze, or observe, and at times this right was repressed, leading to a further ‘rebellious desire’ to gaze. This rebellious desire of looking is what hooks defined as ‘the Oppositional Gaze’. During slavery, the gaze was a sign of defiance and a site of resistance for black people. 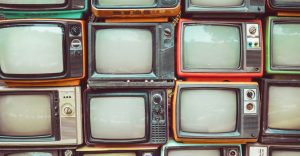 Media images are controlled, and purposefully constructed to hold and direct attention. Therefore, the portrayal of black people in film, particularly black women, through rudimentary myopic lenses is problematic because it reinforces existing regressive notions which are then disseminated to the masses. Black people knew that the media only reaffirmed the white supremacy. They had the opportunity to ‘develop a critical spectatorship’ through television and look at white people. They were able to resist identification with films, even when they were dehumanising. As time went, mass-media offered a more varied options, signalling progress toward equality. Once black films emerged, black people still watched them with a critical lens. Such critical lens was born out of matters of racial relations, not gender. Black films gave black men the space to look at white women without being punished. This especially leaves black women in a unique position, as they cannot identity with the phallocentric culture that black men are able to relate to due to their sex, nor can they rely on representation as the face of femininity as white women can due to their race. In this way, we can note a difference between black male and black female spectatorship.

The studies on black women and how they view films is very limited, mainly because most of the film industry has either erased or maligned their image. The very few times they appeared on films, black women were either the object of male gaze or played servants of white women. Hooks argued ‘’Even when representations of black women were present in film, our bodies and being were there to serve.’’ (hooks, p.310) They didn’t see cinema as having a significant relation to their lives, nor did they anticipate meaningful or positive representation of themselves. Identification with the characters actively performing the gaze or the recipient of the gaze was simply impossible for black female spectators.

As a result, they either avoided the cinema all together, or to enjoy it, they had to forget sexism, critique, and even racism which was only possible if they identified with the white women. Some refused to submit and resisted, whilst others, like hooks, turned to cinema with a critical oppositional gaze. This black oppositional gaze gave them the space to have a new pleasure, the pleasure of saying no and ignoring the typical structures of power which forces them to consume media uncritically. It also allowed black female spectators to construct their own dialogue and document with their own voices. In hooks’ words, ‘’identifying with neither the phallocentric gaze nor the construction of white-womanhood as lack, critical black female spectators construct a theory of looking relations where cinematic visual delight is the pleasure of interrogation’’ (hooks, p. 316).

In this blog, I will be applying hooks’ ideas to a modern-day African film. I will assess the extent to which her idea of the oppositional gaze is applicable to modern films and whether the black female spectator can truly relate and enjoy a movie without taking the oppositional gaze. I will analyse a movie named ‘Atlantics’, which is set in Senegal’s bustling capital, Dakar. 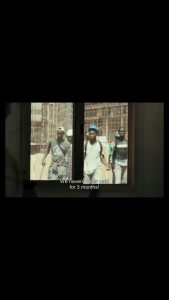 The movie begins with a group of young men working in a construction site. Within minutes, we see the frustration of the men towards their boss who’s cheating them out of three months of paycheck. This was a very clear depiction of the lack of employment in many African countries. As they ride home, they sing praises to God with a lot of passion and anger. 5 minutes into the movie, the first female character, Ada, is introduced. The first introduction of Ada was in relation to the male protagonist, Soulieman. She’s not given any narrative, beyond the fact that she’s Soulieman’s lover. As she gets home, her mother who hasn’t been given a name other than ‘Ada’s mother’, asks her to call her husband. Once off the phone to her husband, her mother scolds her for not speaking to her husband properly.

Mother – ‘Ada you shouldn’t talk like that to your husband’

Mother – ‘you speak sweetly to a man, call him sweetie, darling; otherwise, he’ll take a second wife before you’re pregnant. Do you know how many women would want to be in your place? Hold onto that place, times are tough!’’

This scene was a clear representation of a lot of black women’s lives back in Africa. Ada’s mother plays the female character that ‘’…reaffirms and reinscribe patriarchy’’ (hooks, p. 314). As we later find out, Ada doesn’t conform to this patriarchal ideology that her mother tries to instil in her.

Due to the frustration of unemployment, Soulieman and his friends take off to find a better life in Spain, leaving behind his love, Ada, without saying goodbye. Ada is devasted by Soulieman’s sudden departure while only a few days away from her marriage to Omar, who comes from a wealthier background. All the other female characters, who all lacked a story of their own, were also devastated at the abrupt disappearance of these boys. This scene clarified the importance of each of the male characters in the female characters’ lives. They’ve all got no jobs nor money, so the little time they spent with these boys was what brought them joy.

On the surface, this is a typical story of lovers who’ve been kept apart by the circumstances of life in the third world. However, the story quickly reveals itself to be so much deeper. Although the film begins with Soulieman, Ada carries the story. Despite Ada being the main character, her story is intertwined with Soulieman’s. We learn nothing about her beyond her love for Soulieman and her reluctance to marry Omar. This reaffirms hooks’ idea of the oppositional gaze, where the black female character is a mere victim of the male gaze. The females in the show are relegated to accessories in either Soulieman or all the other boys’ narratives. As such, Ada is a subject of the male gaze, whether it’s that of Soulieman or Omar. For her parents, she’s seen as an object to sell in return for a better life.

On her wedding night, we see the conflict between her religious, conservative flock and her modern, outgoing friends, as they both pass judgement on her inability to enjoy her wedding day due to her love for Soulieman. The wedding bed is set on fire, as the two groups of friends speculate whether Soulieman is in the building or not. This embroiled Ada in a scandal, which eventually revealed her entanglement with Soulieman.

At first, Ada is presented as a young girl who has a simple crush on Soulieman, but as the story develops, we see her intense feelings for him and as well as her growth as a woman. She begins to free herself from her parents who coerced her into going to the hospital to get her virginity confirmed by a doctor. She becomes petulant with her husband who forcefully tries to take her home.

Omar – ‘Are you mad? Did you bang your head? Stop it come on’

He pulls her aggressively.

She shouts ‘let go of me’ as he aggressively pulls her to the car.

Omar – ’why you shouting? Am I not your husband?’ 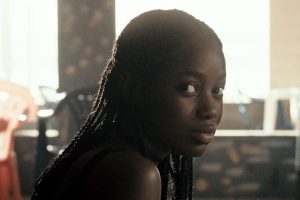 This is when we truly see her character, and what she’s like beyond her love for Soulieman. Her deviance departs from the notion that Ada’s character, lacks depth without Soulieman’s story, which we explored at the beginning of this blog. It can be argued that, as the story unravels, black female spectators get to identify with Ada’s story more and more as her story represents all the oppressed black females, who through deviance find their own voice. The narrative of this movie provides a different representation of black female spectators, despite it starting with a typical stereotype of black women, as the object of male gaze. The film demonstrated the newly formed representations of black women in the film industry today and how it gives black female spectators the opportunity to demolish the stereotypes of the past.  I would say that this movie has produced in some black female spectators, for example me, the desire to look deeply into such film that draws on harmful tropes and amplifies the experiences of black women, instead of erasing it. Therefore, whilst bell hooks’ idea of the oppositional gaze can be seen in a lot of modern African movies, I believe that ‘Atlantics’ offered black female spectators the opportunity to relate and identify with the characters and narrative. To conclude, the movie gives us a snapshot of the desperation that pushes a lot of young African females/males to leaving home, whilst echoing the struggles caused by the refugee crisis. It illustrates the exploitation of the poor and the fetishization of female purity, virginity and marriage in Africa.