The Hadza Language in Northern Tanzania 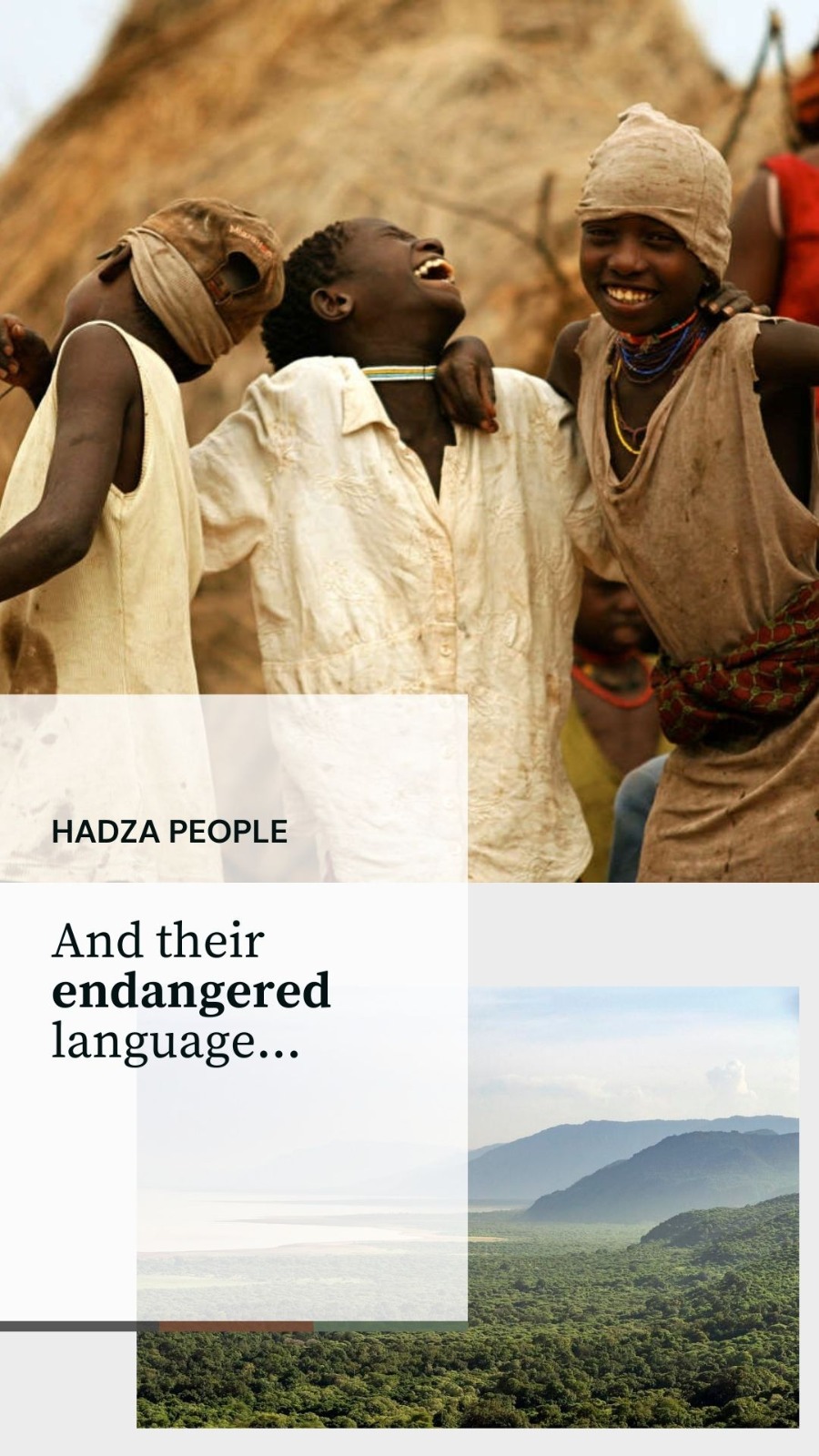 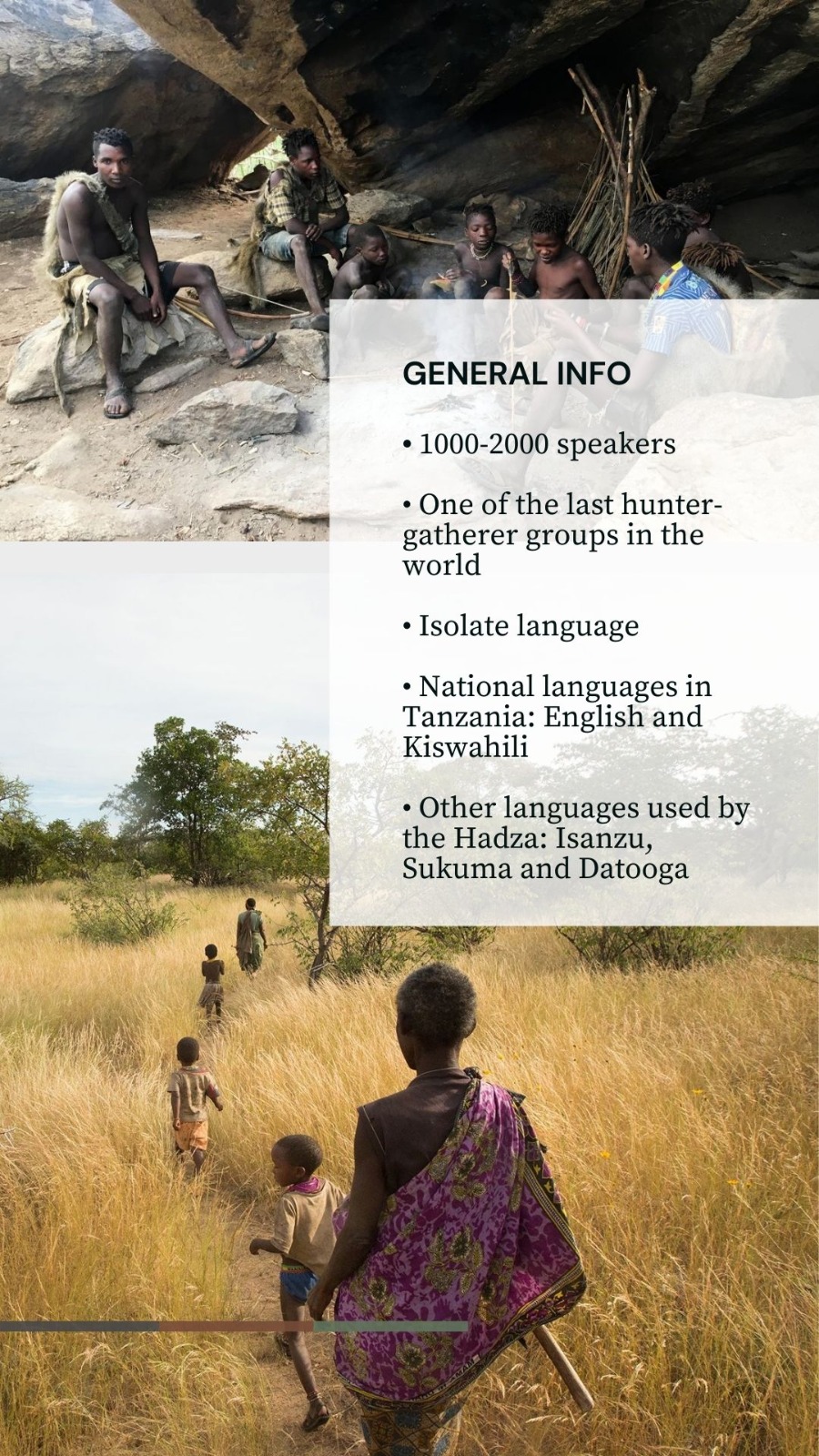 Hadzane is spoken by the Hadza people, who live near Lake Eyasi and the adjacent areas, in Tanzania. See grey area on the right map → 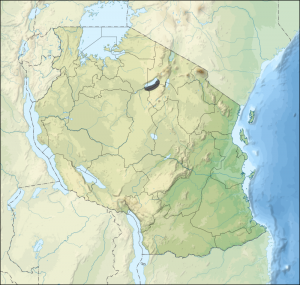 "The Hadza appear to form a rather close-knit society traditionally, as a result of which their language may remain an important symbol of their ethnic identity for the coming generations."

"In the south the Hadza are bilingual in Isanzu, and in the west in Sukuma. A number of Hadza speak Datooga in the central areas, but few know Iraqw." 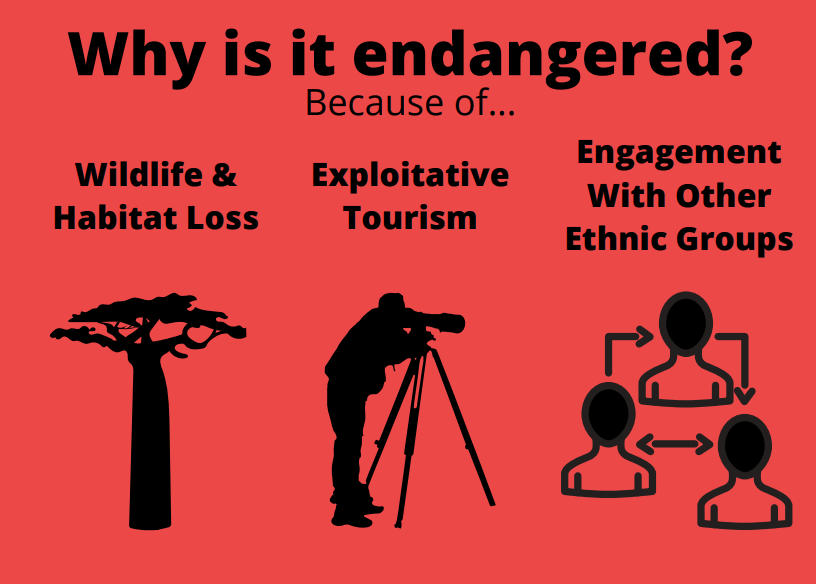 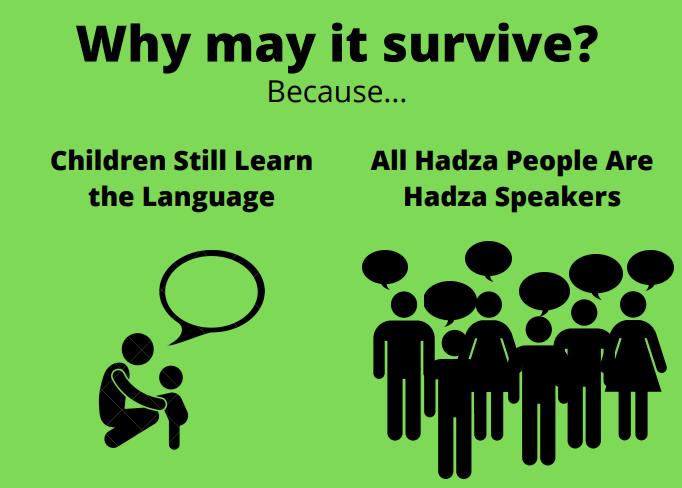 The Hadza people trace their ancestry to the original hunters-gatherer Bushmen of medieval Tanzania.

Hadza is an isolate language, thus it has no similarities with other languages.

False, it has few similarities with the Khoisan people of South Africa, and it has lexical borrowings from Kiswahili

Hadza language has its own nouns for numbers.

False, all the nouns above the number two are borrowed from other languages 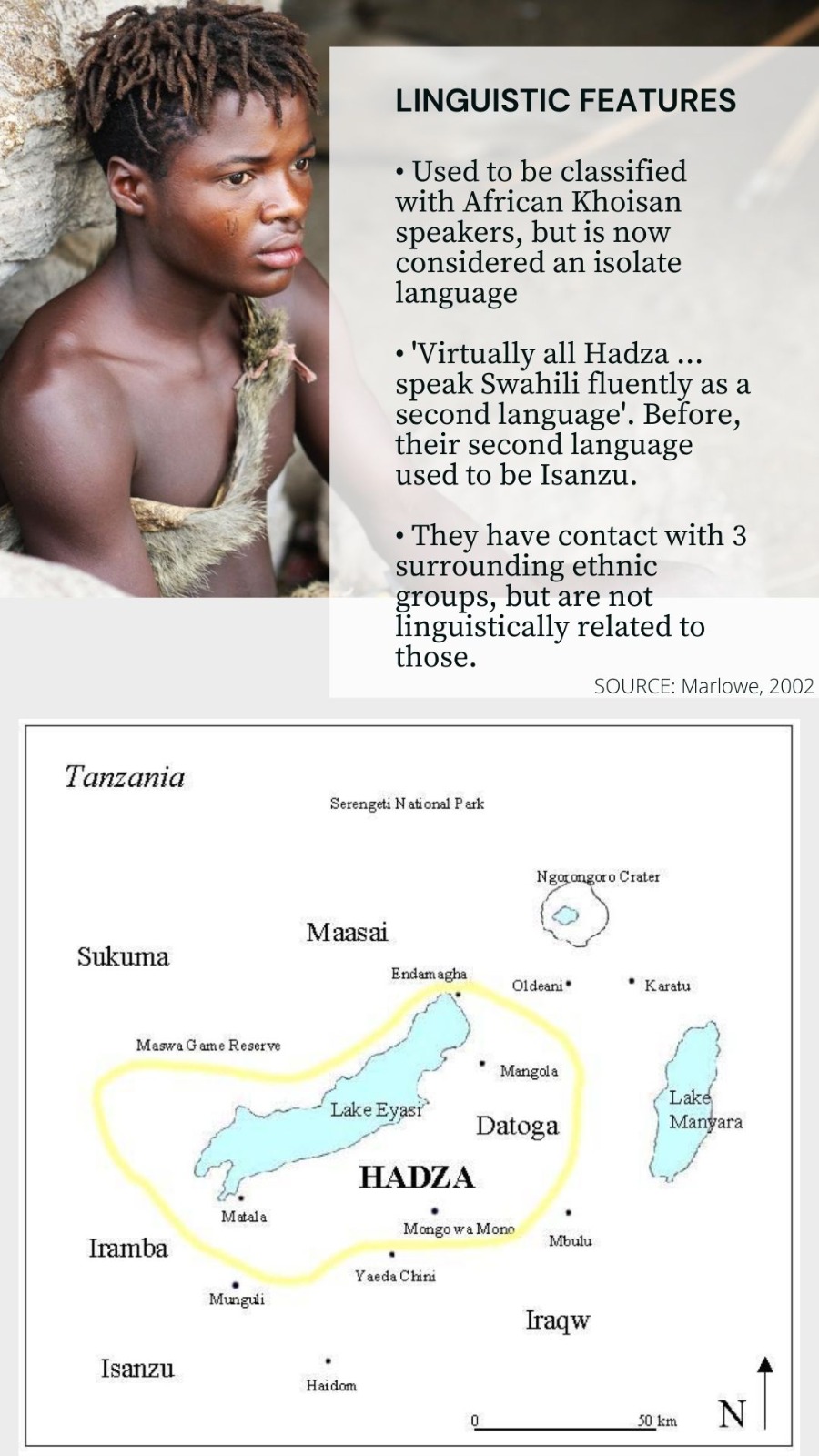 Interested to know more about the grammar, vocabulary and phonetics of the Hadza language?

Our Perspective on Endangered Languages: A Hopeful Note

The concept of 'endangered language' always has to be considered within the context of a particular language. In the case of the Hadza language, we believe that there are good chances for it to survive. First, because all Hadza people are Hadza speakers and Hadza children still learn the language. Second, because it is an isolate language which means that it will not soon be mixed with another language and is not easily merged with other languages.Moreover, as for endangered languages in general, we would like to refer back to the lecture given to us by Samuel Beers. He explained that the exact number of speakers of endangered languages is often unknown, which means that there might always be some speakers left, even when a language is considered extinct.