The boy who harnessed the wind 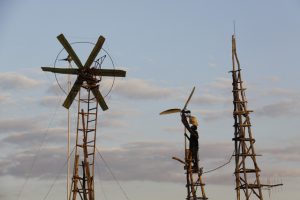