Reflections on Africa in The Hague: a project on ‘Jan van Riebeekstraat’

Part I: Jan van Riebeeckstraat in The Hague

‘A quiet street in The Hague, nothing to see here.’ That is what I thought the first time I visited Jan van Riebeekstraat, a typical Dutch street with social housing (see picture 1). I came across the street doing some research on the representation of colonial history in Dutch street names. The street was named after Jan van Riebeeck, a colonial administrator working for the East India Company and the founder of the first Cape Colony. As I was not aware nor knowledgeable on the Dutch history in South-Africa, I was immediately interested to explore the historical figure of Jan van Riebeeck and who he was, as well as why there was a street named after him. What started as a coincidental discovery turned out to be a contentious and rich research topic, that could be approached from different angles. We decided to focus on the street name and its perceptions in the Netherlands as well as in South-Africa.

The following reflective essay is divided in two parts. In the first part, the background of the academic argument as well as the main findings of the research are presented. The second part of the essay covers the reflection on the medium. During the research, I focused more on the historical aspects of our research and Rebecca delved into the perceptions. However, both parts of our research came when we looked into collective memory.

In recent years the debate on colonial history in the public sphere in the Netherlands has picked up steam. Mainly in the bigger cities of the Netherlands, there has been an ongoing call to change the street and school names that carry the names of colonialists. Outside the bigger cities people are less occupied with the colonial past of the Netherlands, and have argued that to change the contested street names equals erasing history. What attracted me most, was the lack of historical awareness and knowledge of the colonial past of the Netherlands. Many places, schools and streets in The Hague still carry names related to history of colonialism and slavery. We decided to focus on Jan van Riebeekstraat for the reasons mentioned above and because we knew of the Rhodes Must Fall Movement. This decolonization movement argued for the removal of a statue of Cecil Rhodes and against institutional racism.

The lack of a debate in the Netherlands and the widespread attention that the Rhodes Must Fall Movement enjoyed, motivated us to not only look at the historical aspect of the person Jan van Riebeeck but also to look at collective memory and the differences between the Netherlands and South-Africa. Therefore the research questions were formulated as follows; who was the historical figure of Jan van Riebeeck? Why is there a street named after him? And lastly, how was he imagined in the collective memory of the Netherlands and South-Africa? To answer these questions, we decided to conduct interviews. Since we were dealing with memory and a controversial as well as sensitive topic, interviews were most suited to not only delve in to the historical aspects, but also to highlight tacit perspectives, thoughts, opinions on, and understandings of, Jan van Riebeeck.

Originally, the Afrikaner community celebrated Jan van Riebeeck as they saw him as the founding father of their nation. This was done through the annual celebration of Jan van Riebeecksday, later Foundersday, on the 6th of April. During the British reign of South-Africa, the British wanted to strengthen the relationship with the Afrikaner communities and Jan van Riebeeck becomes an important figure head for white nationalism in South-Africa. This becomes especially clear, when taking an in-depth look at the Jan van Riebeeck statue, that is still standing to this day in Capetown. The statue was payed for by the infamous Cecil Rhodes and placed there on May 18, 1899. It is presumed to be standing exactly on the spot where Jan van Riebeeck arrived on 1652. Functioning as a the founding father of the South-African state and symbol of white nationalism, he also appears on stamps and money (see picture 2).

Just like in South-Africa, the Netherlands is creating its own national history in the second half of the 19th century. Feeling pressured by both France and the newly created German state, the Netherlands are searching for ways to project their power. The colonies prove a viable way to emphasize that the Netherlands is not a small country, to the contrary, it is an large nation with overseas assets. Also the First and Second Boer War, 1880-1881 and respectively 1899-1902, showed how ‘small’ nations could fight of larger foreign enemies. Both developments lead to a popular obsession with South-Africa. As a result, Jan van Riebeeck becomes an important figure head in the Netherlands, to emphasize the historical and contemporary connections with the Afrikaner population. At the end of the 19th and beginning of 20th century, there is also a new emphasis on the history of South-Africa and several historical publications manifest this trend.

The street name fits in the nationalistic narrative of ‘Groot Nederland’, popular at the end of the 19th century. The Hague then becomes the capital of a colonial empire and the neighborhood where the Jan van Riebeekstraat is created to accommodate colonial administrators. Interestingly, the street does not show any signs of this history, as it was bombed during the Second World War and now largely consists of social housing. Only the street name reminds us of this forgotten part of Dutch history. 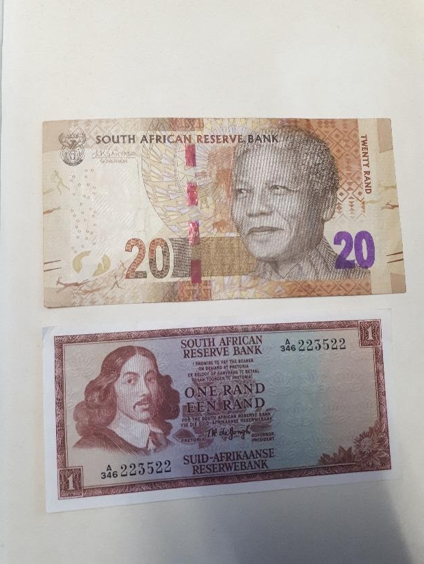