Language Endangerment Among Berber Varieties : the Case of Zénaga

By Gilda R. and Mathijs C.

The Complex History of the Zenaga Language

Zenaga is a Berber language spoken in southern Mauritania and northern Senegal. Latest estimates suggest that Zenaga has between 2500 and 4575 speakers left, and is thus an endangered language. In this blog, we seek to contextualize the language by analyzing its historical evolution and the various threats to its survival. Modern Zenaga can be distinguished from other Berber varieties which are widely spoken in Morroco, Algeria, and Tunisia, Niger, and Mali (where the Sanhaja people migrated in the 9th century from modern-day Senegal). Indeed, Zenaga developed in isolation in southern Mauritania and northern Senegal and started to diverge grammatically and lexically from other Berber languages.

The Zenaga Berbers were known before the 9th century and were referred to by the Romans as Mauri which is derived from the Latin word “Maurus”, referring to people from the then already known Mauritania. Around the 11th century, the Almoravid Empire was founded by Berber tribes from the Adrar region and the Senegal delta, most likely affiliated with Zenaga tribes. The rise of the Almoravid empire happened alongside the widespread Islamization of the region, and in 1040 Zenaga Berbers established an Islamic monastery along the Senegal river. 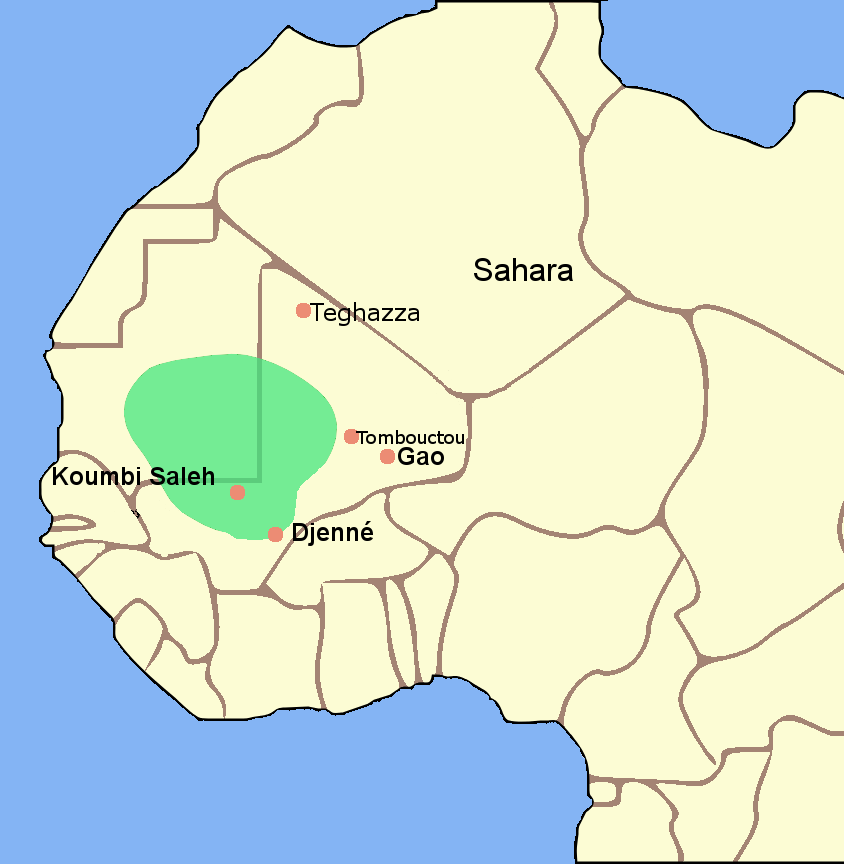 Picture: Former Ghana empire where Soninke was a dominant language. The map shows overlap with the Almoravid empire in Mauritania.

Later in the 17th century, following another Arab invasion, the Zenaga people are defeated by Muslim Maqil Arabs during the Char Buba war. Many of the non-muslims were forced to convert to Islam, work in Islamic institutions, or work as servants for more powerful tribes. The Char Bouba war marks the decline of the Zenaga as a local dominant language and made space for Hassinya Arabic (from the Beni-Hassan faction) to thrive in Mauritania. 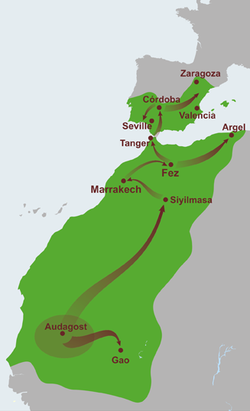 The rise of Islam in the region was triggered by consecutive Arab invasions, specifically by the factions of Beni-Obeid Allah, Beni Mansour, and Beni Hassan. The latter faction eventually managed to cross the desert in the 11th century, and settle where the Zenegas resided. Hence, in the 13th century, the Almoravid empire started to decline. This provided the Beni-Hassan faction with the opportunity to establish a stronger presence around the Senegalese coast (which also includes modern-day Mauritania), and assert dominance over the Zenaga Berbers. However, Taine-Cheikh (2008) mentions that although the four most important cities in Mauritania started to familiarize themselves with the Arabic language in the 12th and 13th centuries, Berber remained powerful nevertheless. Indeed, Azer, a dominant contact language between Berber and Soninke rose as a result of the proximity with the Ghana empire.

Much literature provides extensive information about the decline of Zenaga Berber in Mauritania. However, we came across several primary sources that suggest that Zenaga was able to thrive longer in some of the northern parts of Sénégal. 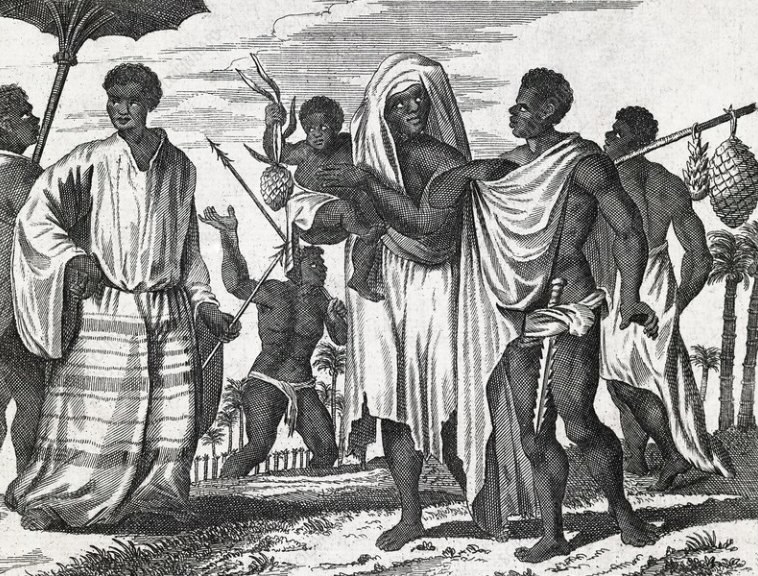 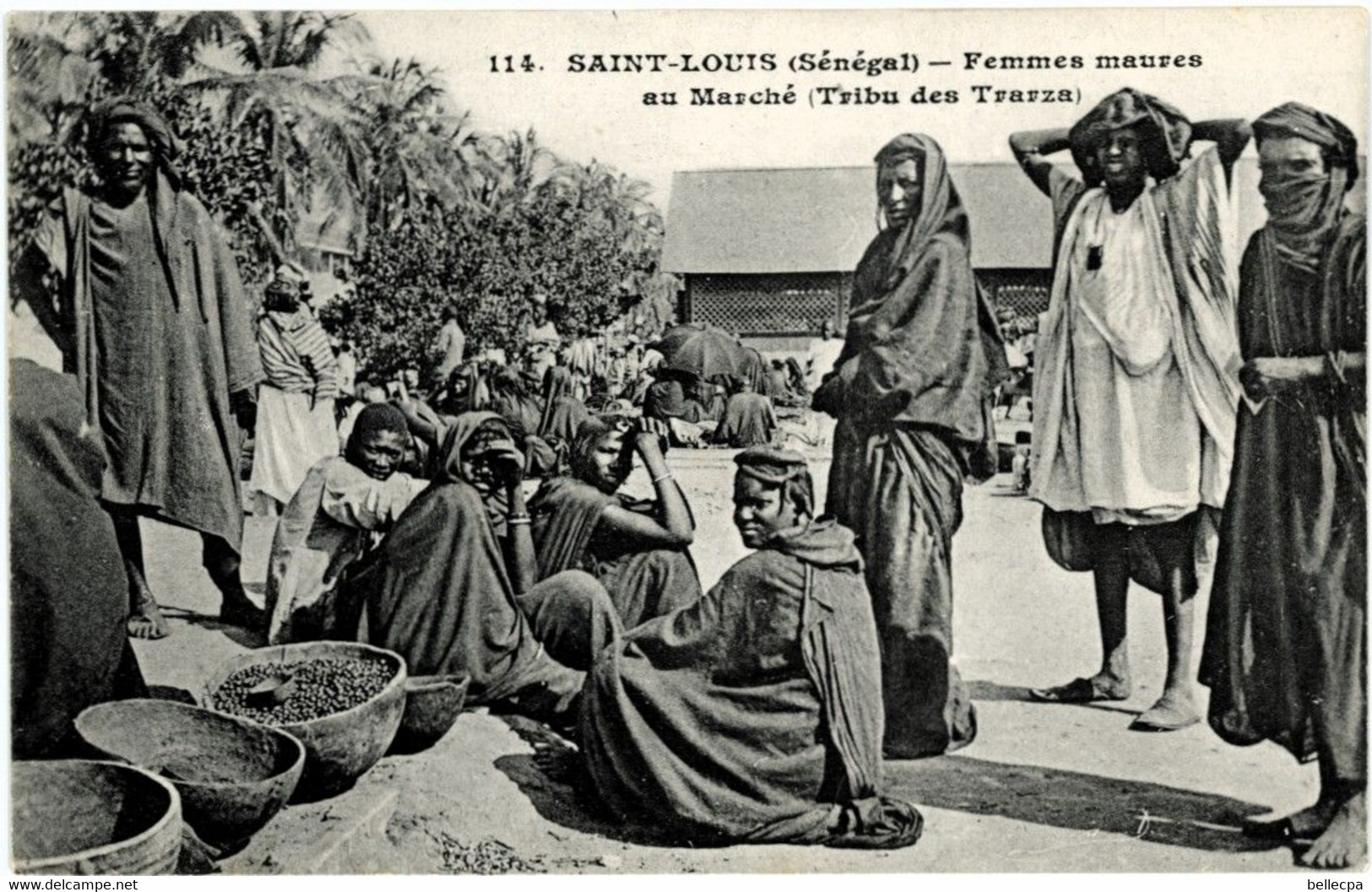 Both pictures show the important historical and social role played by Zenaga Berbers in Senegal, in the region previously known as the Kingdom of Kayoor and the Kingdom of Waalo, which were part of the Djollof empire.

Zenaga Berber is considered an endangered language since the beginning of the 20th century. Today, the last Zenaga speakers are all over the age of 50. The ELAR archive mentions that “Linguistic diversity is in decline because of fast-paced modernization”.  We argue instead that changes in power structures in an area may also shift its linguistic background. The Zenaga language came to be challenged by consecutive Arab invasions, and linguistic diversity in Mauritania was therefore deeply impacted. Despite Zenaga's vulnerability, 20 percent of Hassinya Arabic's vocabulary can be retrieved from Zenaga Berber. Similarly, Zenaga Berber has also been influenced by Hassinya Arabic while retaining its original Berber features. Therefore, various contact languages are currently developing in Mauritania, which may constitute a form of linguistic survival.