Katete: account of my first three weeks in the field

Together with an employee, Kingsley, who is my local supervisor at FSD, and a driver, Monday January 20 we set off to Katete. Katete is a small town in Zambia’s Eastern Province and the base for my research. The drive was about 6-7 hours, through a green hilly landscape. On several occasions we were to stop for a police officer but luckily, we could just continue our journey with no difficulty.

We arrived in Katete around 14h. I would be staying in a community centre and lodge called Tikondane, or just Tiko. At Tiko, we were led to a room where there was a meeting happening. We were allowed to sit in with the meeting: the general managers-meeting that happens every Monday afternoon. My coming was not communicated thoroughly, but nonetheless was it no issue that I would be staying for about two months.

The rest of the day I spent settling down, while my travel companions continued to Chipata, a larger town about 87 km further. The following day we met in the communal area of the house where I am staying. The team was bigger now: FSD’s Eastern Province Field Manager was present too. Together with him, we went over the general idea of my research, the interview guides and the procedure for the interviews. The field manager had organised two translators to come by as well, because all the interviews would be done in ChiNyanja (or ChiChewa) and I do not speak it.

Going slowly over the procedure and the questionnaire with them, it became clear to me that the male interpreter was too young and not experienced enough to do the job well. I decided that we would do the interviews all in that week, because then the Field Manager and Kingsley would still be around and they could take up the men’s groups. Thandiwe and myself would take the women’s groups. 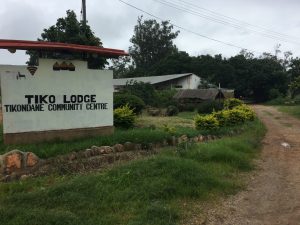 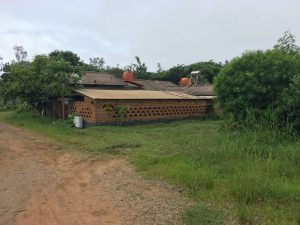 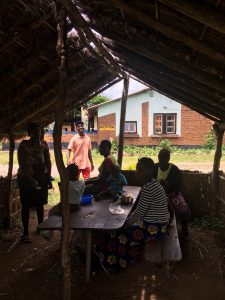 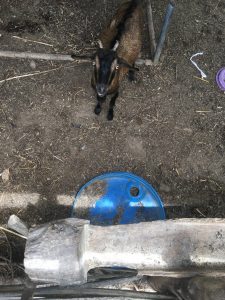 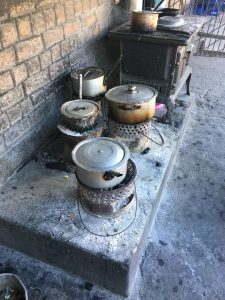 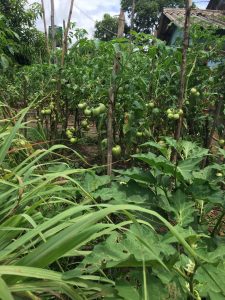 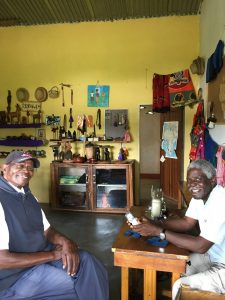 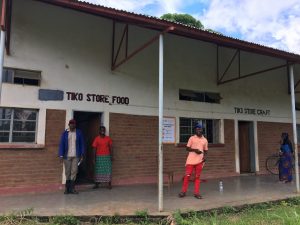 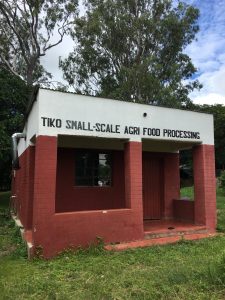 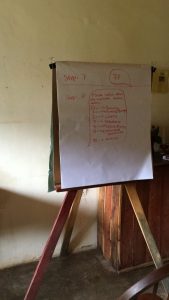 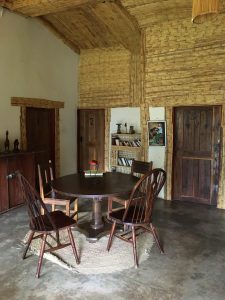 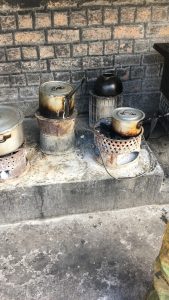 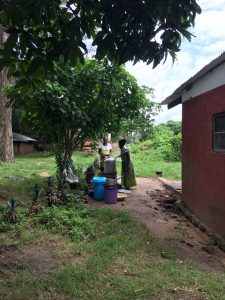 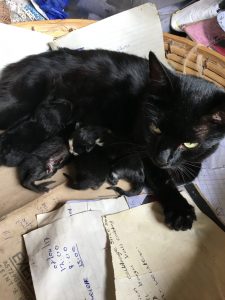 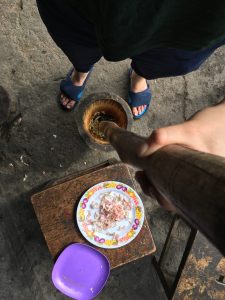 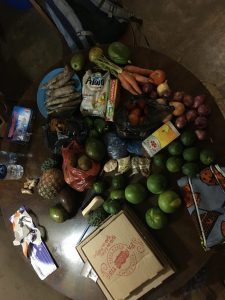 This change of plans made the rest of the first week a rollercoaster: on Tuesday I had to rewrite and improve the interview guides according to the comments of the review; Wednesday we visited the villages where we would do the interviews, for introduction and explanation; on Wednesday we also did a trial run in a third village; on Thursday we held the first two group discussions and six individual interviews and on Friday we did the same in a different village. I spent Saturday the team broke up: the Field Manager and Kingsley would go home and I would continue the work with Thandiwe. Saturday I got some time for breathing and organising the data we collected and on Sunday I prepared for the coming week: we use a programme called Elan for the transcription of the recordings and I needed to prepare the files so on Monday Thandiwe and I could start the transcription and translation process.

The following week, 27 until 31 January, Thandiwe and I spent transcribing from 9 in the morning until 17 in the afternoon. One group discussion and three individual interviews took us two working days. On Thursday I had the possibility to speak in a general meeting, for all Tiko workers, about the Zazu mobile platform, so I spent that morning preparing my presentation (on a wooden flip-chart) in ChiNyanja and in the afternoon present and prepare the next Elan files for the following days of work. On Friday the transcribing continued, but on the weekend I needed time to do laundry, go to the market and prepare the Elan files.

Monday and Tuesday we worked, however, both Thandiwe and myself were not feeling well. On Wednesday I decided that we take a day off to recover. At the same time, there was no time for me to do nothing: during the general meeting, it appeared that people were interested in my research topic as well and it was organised that on Thursday 6 February we would do two more group interviews with the workers from Tiko. Thus, on Wednesday I had to prepare for the new interviews and ask Jason if he would be willing to lead the men’s groups. Jason is one of the workers at Tiko who spends a lot of time translating during meetings and yoga sessions, but officially he is the head of Maintenance.

The group interviews on Thursday were a blast: I knew all the participants from around and they were are very open and willing to talk. What a difference with the village! Especially the women were very talkative, the transcription of that recording is a difficult one because they are often talking at the same time and fast. I provided drinks and a snack for the participants: in the villages we gave every participant k20, but here at Tiko it was more appropriate to show my gratitude for their participation and help in this way. Friday we worked half a day, finishing all the initial interviews: both Thandiwe and me were not completely better yet and I really needed to visit the market in Katete because all our supplies were finished. I am saying ‘our’ because on January 29 Bella, also a master student from Germany, doing her research here at Tiko, moved in into the same house. We are a good team together and we have a good time: it is great not to be alone anymore!

Back to the week: Saturdays easily fill themselves with so many things and on Sunday I worked on preparing Elan files and on my blogs. Friday 8 I finally got good news with regards to my visa: my temporal permit finally came through, which meant that on February 10 - the last day of my tourist visa- I could go to the immigration office in Katete. I dreaded going there. I was still not fully recovered and I have terrible experiences with immigration offices and home affairs. I also had no clue where it was. I got on a bicycle taxi and told him I needed to go to the Boma (district government area) and there to Immigration. He said he knew it, which was a lie, but after 40 minutes of cycling and asking other cyclists along the way, we arrived safe and sound at the office. The kind driver literally delivered me to the door, the office was just one small room in a series of rooms. I was the first, it was exactly 8 am when I arrived and before 9 am we were already cycling back: all the paper work was in order and within 30 minutes I got what I needed, another 30 days of legal residency in Zambia. March 11th I will have to apply for an extension.

February 11th, Bella, my Belgian grandparents Jan and Gonda (regular Tiko visitors and world-travellers) and myself went to Chipata. A nice town with the most amazing market I have ever been on: it was not scary at all! Score.

On Wednesday Thandiwe was still sick: she felt Malaria coming on Monday and Tuesday she took meds but she was really unwell. So the rest of the week I told her to take it easy so that on Monday we could start afresh. That Wednesday I went to the school that is on the same terrain as Tiko: it is a secondary school, Grade 8 until 12. I wanted to enquire if I could hand out the comic books that I got from FSD and if the pupils would read it and provide me with feedback on the book. After about 20 minutes I had handed out the books to the pupils of Grade 12, accounting students, and I was back in my room. I spent the rest of the day organising my data and files, the .readme file on my harddrive and other admin things.

That was it for now, more to come!

Render failed - no data is received, please check the ID 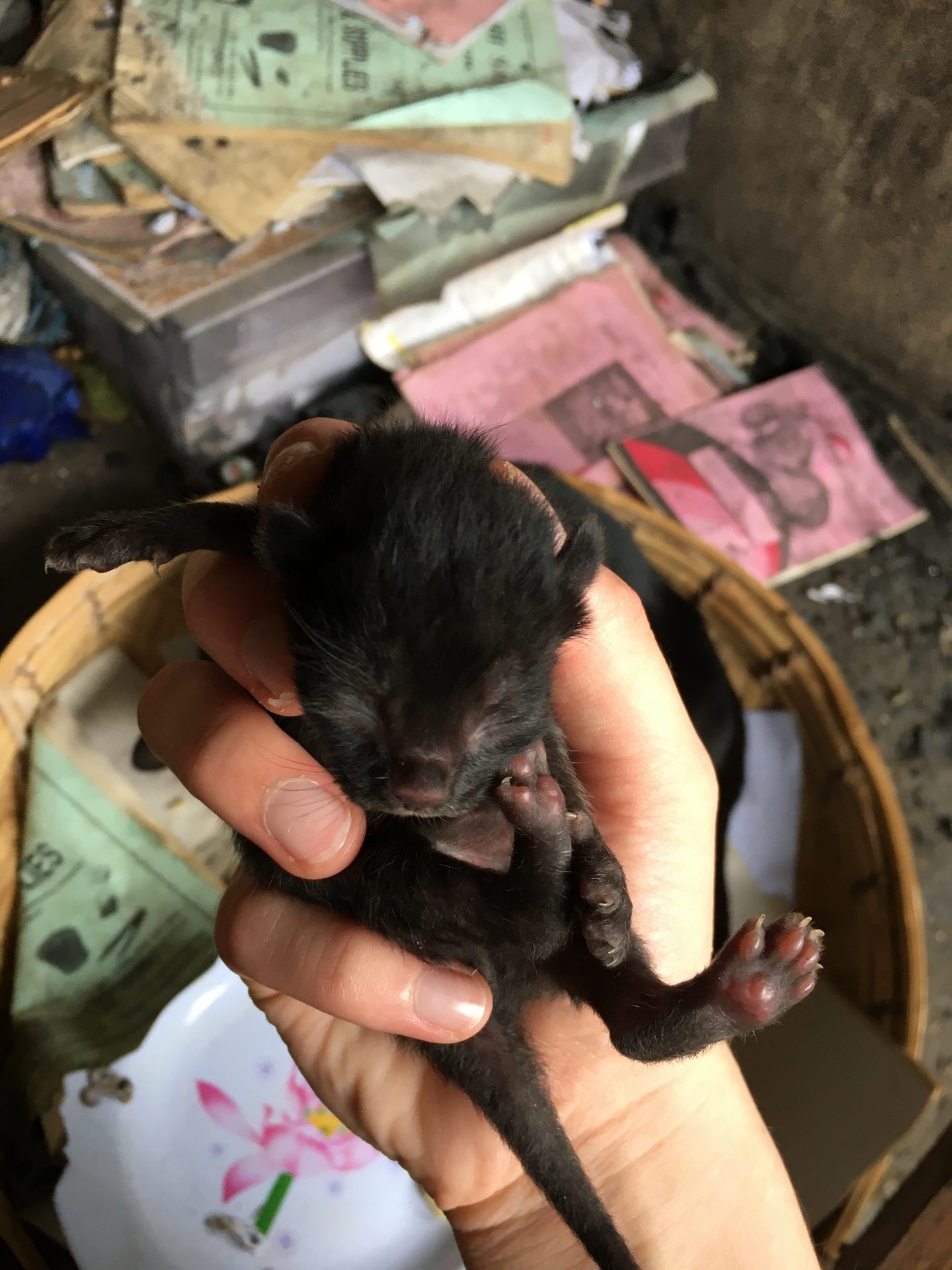