Ihanzu: a Bantu language of the Tanzanian Rift

Ihanzu, other names being Ihaanzu, Issansu, Kiisanzu, Kinyihanzu or Kinyisanzu, is a language that has not been well documented. (Eberhard). It is one of the most poorly described language in central Tanzania (Harvey). The number of speakers is unknown, due to the fact that there has never been a survey or research put out to gather this data, but some scholars estimate that there are around 13,000 speakers (Legère). These speakers are located in the Mkalama District, Singida region, Tanzania (Figure 1). 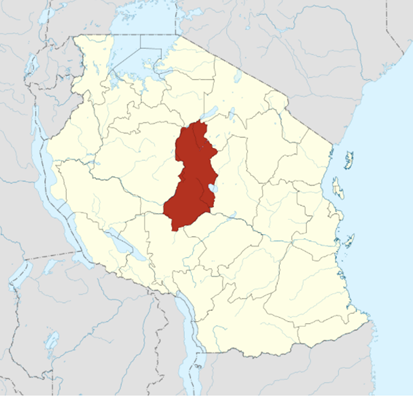 Furthermore, there is no standardized method of its grammar or any writing system. Due to its limited number of speakers, and non-standardized writing system, one can imagine that this can definitely be considered a highly endangered language. This is because there is a lack of language maintenance among the younger generation. Furthermore, UNESCO offers a definition on which language can be considered endangered, and the level of endangerment they face based on a criterion There are four levels of language endangerment (figure 2). Although this criterion is based on which generation is speaking the language, and that is hard information to obtain regarding Ihanzu, it provides some structure in endangerment and categorization. 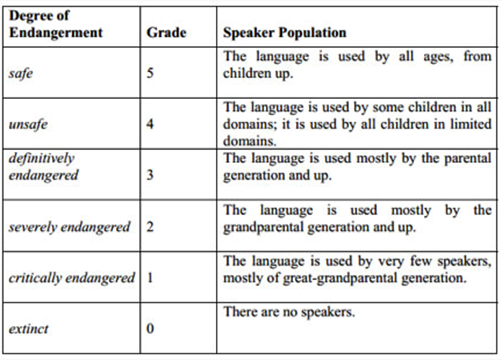 The people who speak Ihanzu also identify as an ethnic group named Inhanzu. Modern religions have also not had much intervention in the area, despite the fact that these religions are still present there. IThe subclassification of Ihanzu within Bantu is uncertain, but Ihanzu is closely related to other F.30 Bantu languages, specifically Nyliamba and Nyaturu. Furthermore, Ihanzu may have taken part in linguistic contact with other Bantu languages including Rangi, Mbugwe, and (possibly) Kimbu, as well as languages from other families including (Southern Cushitic) Iraqw, Gorwaa, Alagwa, and Burunge. This figure demonstrates how Ihanzu is related to other dialects. 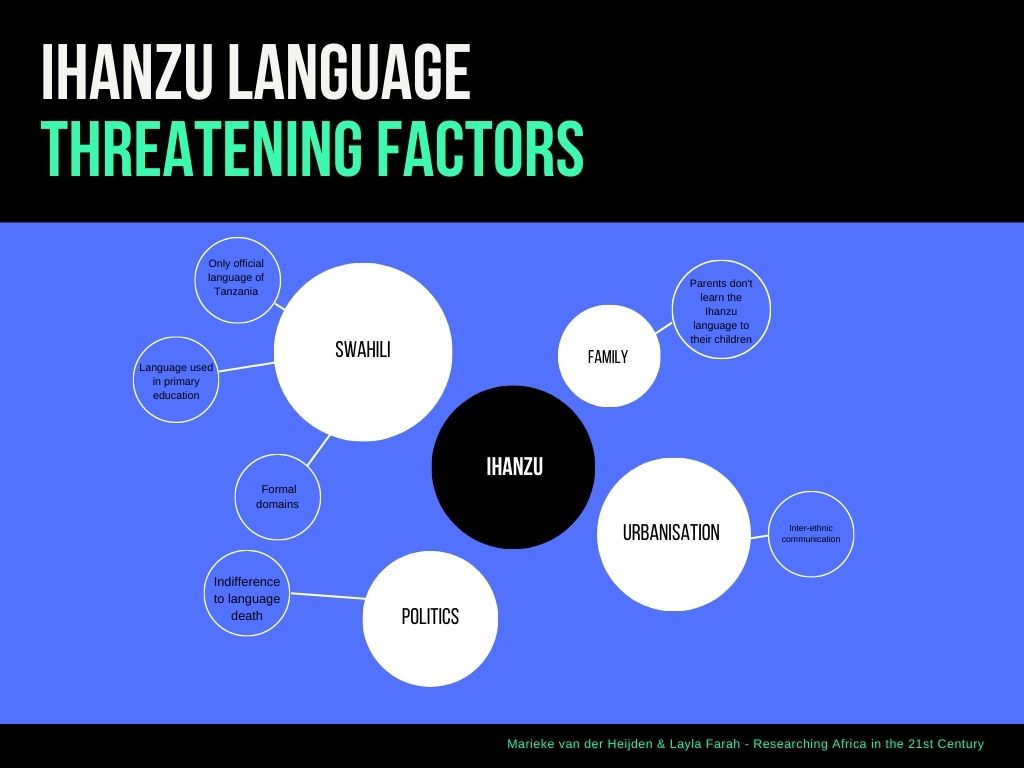 The Ihanzu language is threatened by four different factors. These factors are all interlinked together.

The first factor is the Swahili language. After Tanzania’s independence, Swahili became the sole national language, which added to the prestige of the Swahili language. Because of this increase of prestige, attitudes towards the language Swahili changed. Instead of looking at Swahili like a cultural language, people now saw it as a functional and modern language. Furthermore, Swahili became the language used in primary education in Tanzania. This caused that every Tanzanian who went to primary school speaks Swahili (Batibo 1992, 86-87). In addition, Swahili  is also the language used on formal domains such as government and politics (Lègere 2006, 100)

The second factor is family. It is unknown to what extend Ihanzu is spoken within families. Children in rural areas still learn and use the language. However, in the nearest city Singida, Ihanzu is not a language that is spoken at home. There, Ihanzu is under pressure from the Nyilamba language (Harvey). When children do not learn a language, it’s speakers reduce fast, and the language is more likely to become extinct.

The fourth factor is politics. Politicians don’t really care about languages becoming extinct. Nyerere, the first president of Tanzania, has stated that language ‘death’ is “a natural and unregrettable development, since any good move has its side effects" (Batibo 1992, 93).

As mentioned before, the four factors do not stand on their own but are linked together. The decision to make Swahili the sole national language is political. The choice parents in cities make not to teach their children the Ihanzu language is related to Swahili being the language used in the cities. However, as the quote below shows, Swahili is the biggest threat to Ihanzu.

There are around 2000 languages spoken on the African continent alone? Should we really preserve or document each and every language? This is a question which we were thinking about during this project. However, the main takeaway for us was that language is closely tied to culture. It reinforces community relations and also influences the personal identities of those living in those areas where the language is spoken. So, language preservation is somewhat the same as cultural preservation. Learning a language, and how the people speak, says a lot about the culture and also a lot about the values they put forward. One thing we also reflected upon was how there are so many languages, and not enough researchers to study each endangered one. This was a realization because Ihanzu is really not well-documented, and as a group, we spent a lot of time just gathering enough data to work with, which is unfortunate. Hopefully, there will be more linguists who are interested in gathering data on endangered languages.