The Hadza People and their Language, Hadzane Copy

The Hadza people in Tanzania are one of the last hunter-gatherer populations left in the world. They live by foraging for wild foods, therefore they take no part in agriculture or animal husbandry. They are therefore also part of the few populations that still engage in the lifestyle of our ancestors prior to the introduction of agriculture and industrialisation. Records of the Hadza take us back to before the 1930s (Marlowe, 2010).

It is roughly estimated that there are 1,000 Hadza left. They are situated near Lake Eyasi (or Balangida in their language), in northern Tanzania, near the Karatu district or Arusha region. They occupy about 4,000 km2. They are spread around the west and east of the lake, but both groups move around freely. 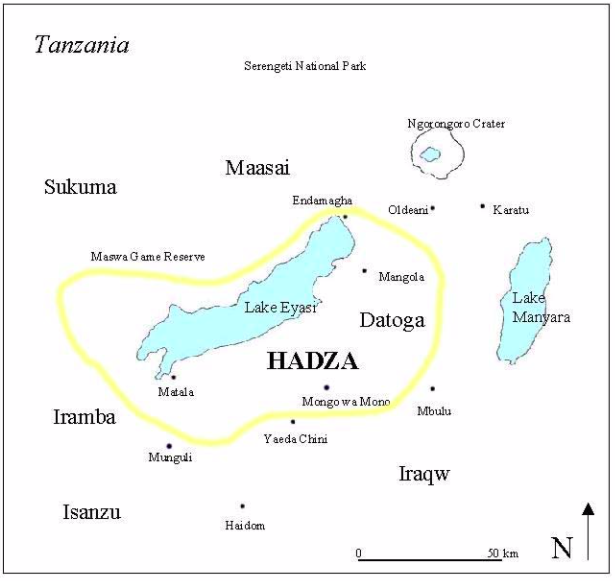 The Hadza language is known as Hadzane, and is known as a click language. It is a small language and due to the low amount of speakers, it is considered extremely vulnerable.

Recent research indicates the Hadza language is a linguistic isolate, meaning it has no relation to any immediate neighbours and that the Hadza have been able to maintain a good deal of autonomy (Marlowe, 2002). The map to your right indicates where the click languages are mostly spoken in Africa. This map also shows how the Hadza are a bit further away from similar languages. It is 1/3 East African click languages - the only three languages outside of southern Africa to have clicks (Sands, Maddieson and Ladefoged, 1996).

Recently, almost all Hadza speak fluent Swahili as their second language. Hadzane has also borrowed some words from Swahili and other nearby languages, but the growing knowledge of Swahili amongst the Hadza people is fairly recent (Marlowe, 2002).

Researchers think that the Hadza speech community will remain stable as long as they are able to continue living their traditional life (Legere, 2006). 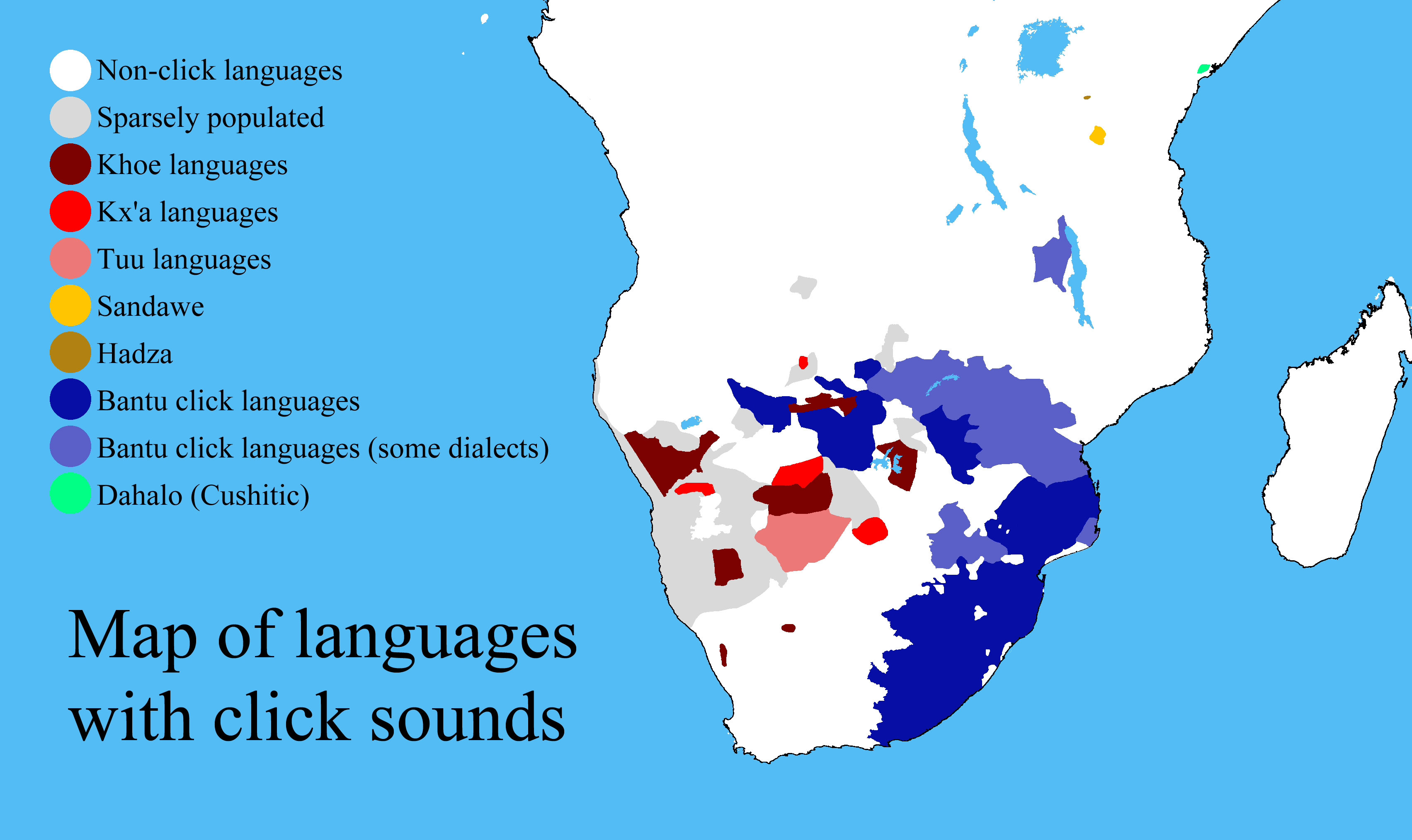 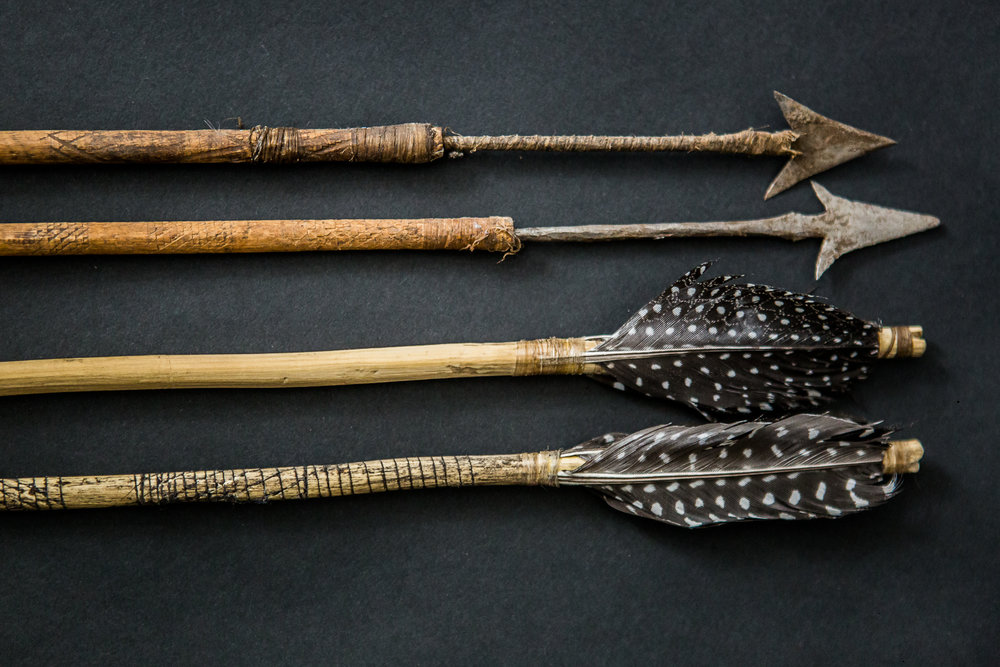 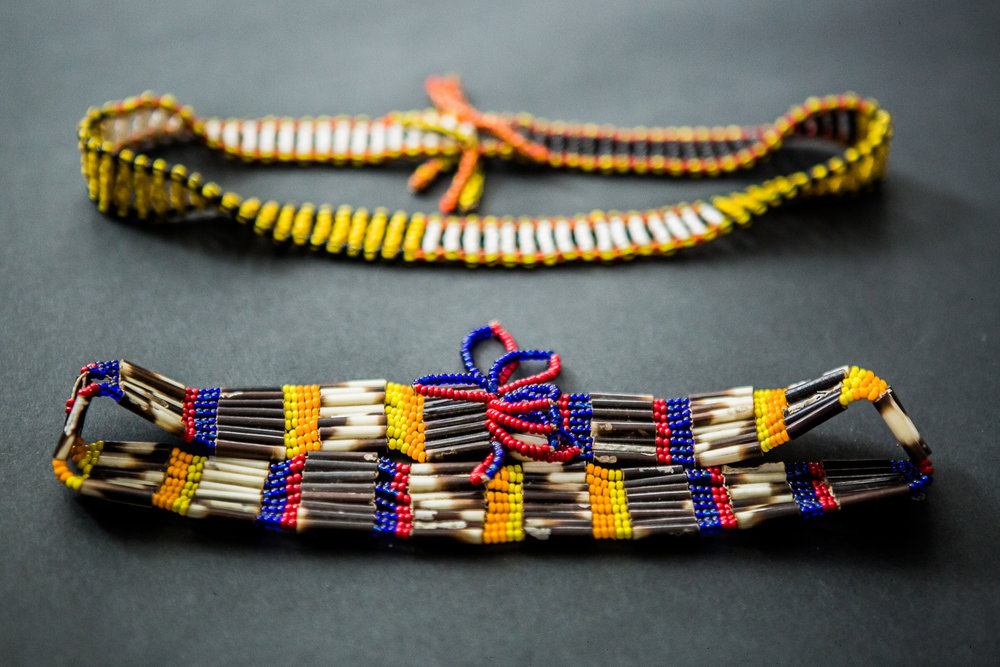 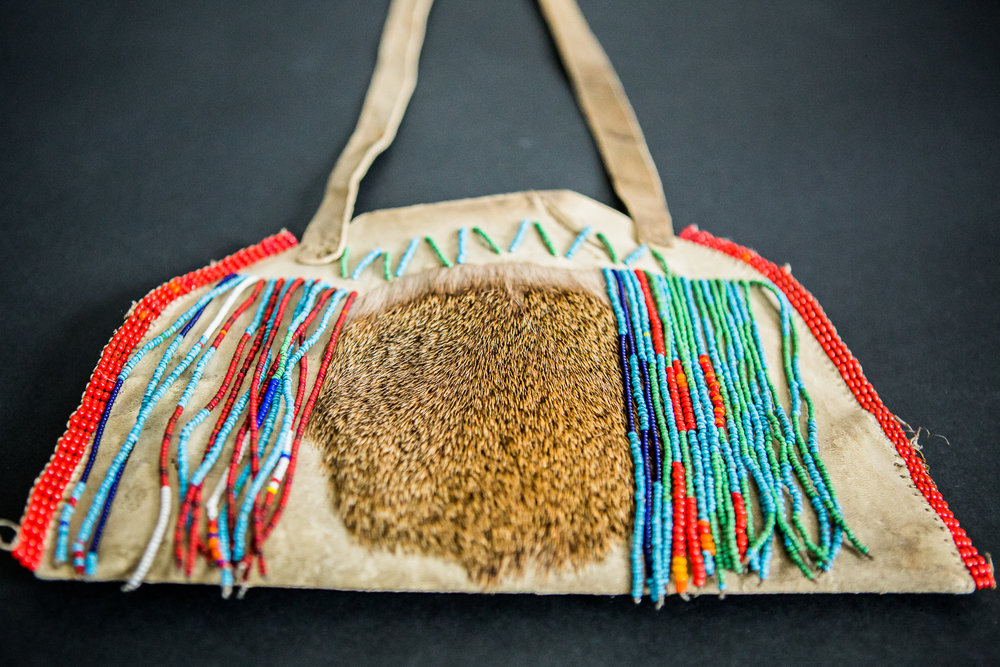 To the right you can see some examples of what the language looks like. As you can see, we are not even able to write Hadzane as our keyboards and our own language structure does not recognize it. The click aspect is of course also a very unique addition to the language that is hard to describe. 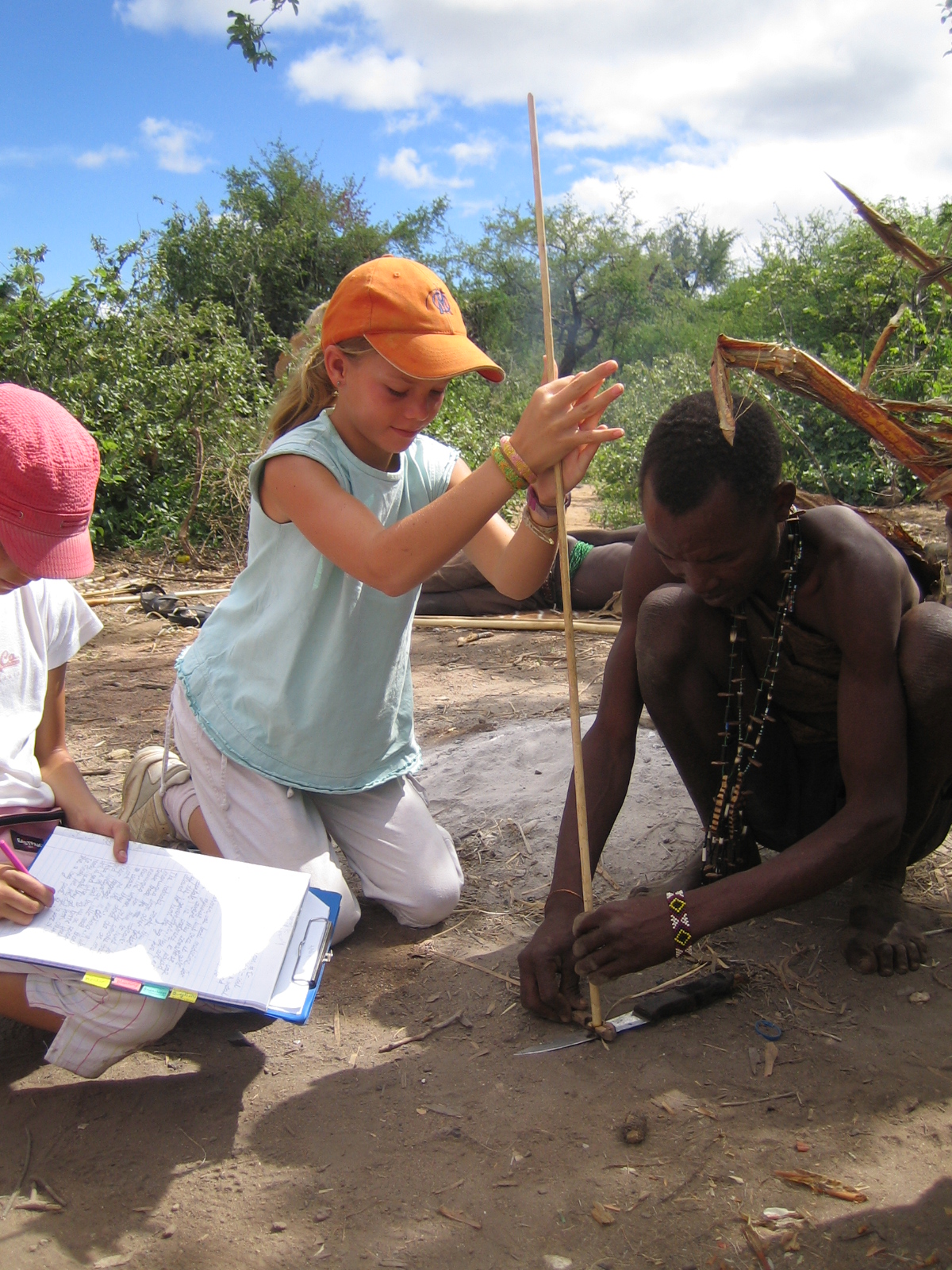 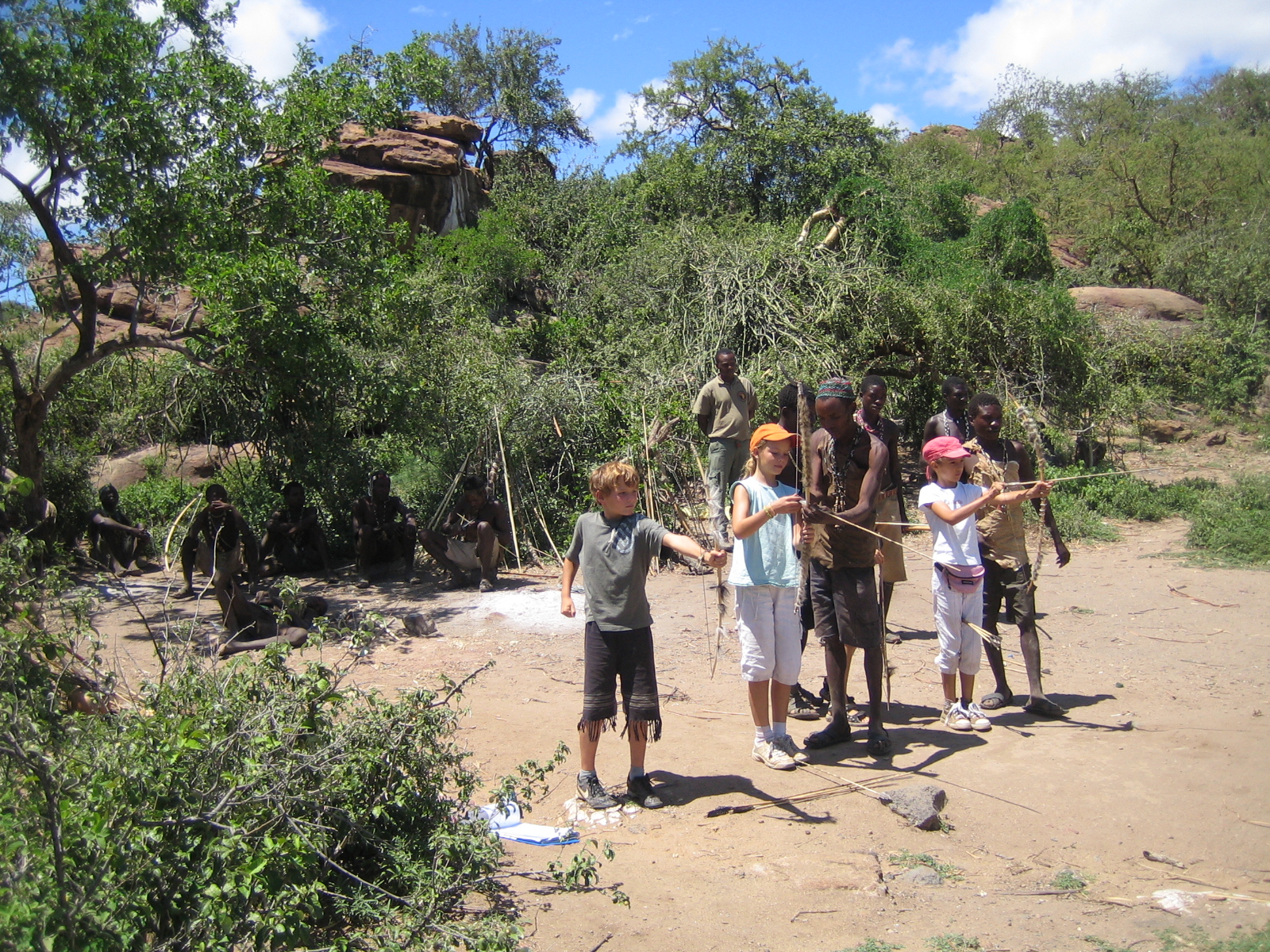 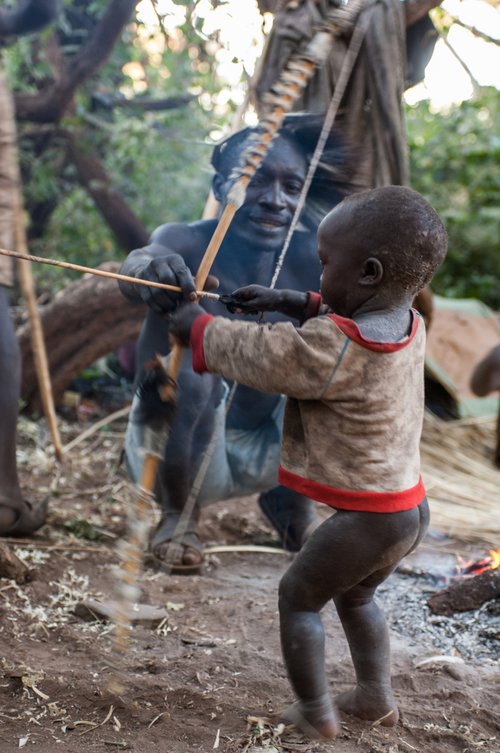 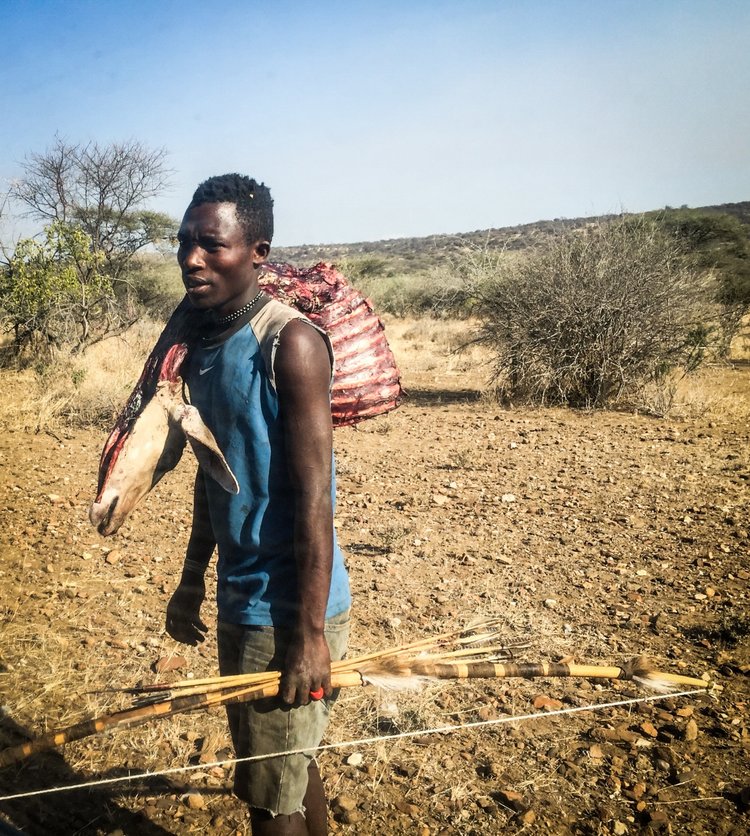 The latest linguistic work points to clicks as having deep roots, originating at the limits of linguistic analysis more than 10,000 years ago. Genetic data even suggests that click-speaking populations go back to common human ancestors perhaps more than 50,000 years ago (Knight et al, 2003). The deep genetic divergence among the click-speaking peoples of Africa might indicate that a lot of these languages developed separately from each other. A possible explanation would be that click constituted an advantage during hunting in certain environments. The Hadza have about a dozen specific words for dead animals, which are used to announce a kill. This is an exemplifying case of how language can relate to ways of living. 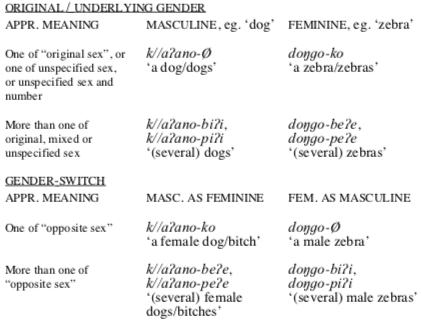 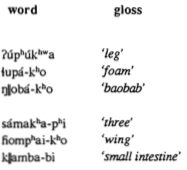 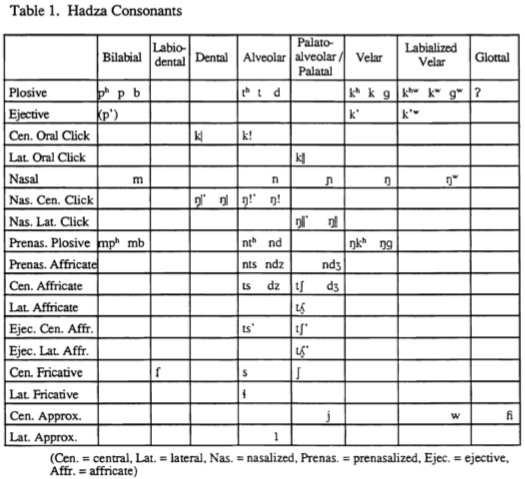 The Hadza hunter-gatherers have been engaging with tourism since the 1990s. Tourists visit the camps to witness their life, to go hunting, shooting arrows, enjoying Hadza dance, and finally buy hand-made souvenirs. This provides the Hadza with a means of income, which is argued to be important for their survival as land for hunting gets more scarce. Their nomadic lifestyle means that they have agency in joining or escaping from tourism at their own initiative. However, tourism also brings along with it risks for the continuation of the Hadza language. For example, they are more directly exposed to other languages. Furthermore, the necessary tourism infrastructure can lead to spatial divides in the Hadza territory.
In the last several decades, the Hadza have lost 90% of their ancestral lands. Their homeland which 30 years ago had enough wildlife to rival any National Park, now holds only fragments of past herds. And when the wildlife is gone, so too will be the Hadza culture and language.

Intergenerational language transmission
In Tanzania, approximately 20 up-country languages  are identified as an L1 language and as highly endangered. The L2 language is Swahili and is used as the medium of instruction in most primary schools. Due to the exclusion of L1 from formal domains, inter-generational language transmission is largely interrupted. The younger generations' competency and proficiency of L1 is impacted by the role of L2 as the national and co-official language. At the moment, it is unclear how to stop the enormous shift from L1 to L2, therefore it is expected that a large number of the currently highly endangered languages will soon become extinct. In the case of Hadzane, intergenerational language transmission is still happening, although the small group of Hadza children that attend primary school regularly speak better Swahili than L1 (Legère, 2006). This once again indicates how the Hadzane language is under threat. 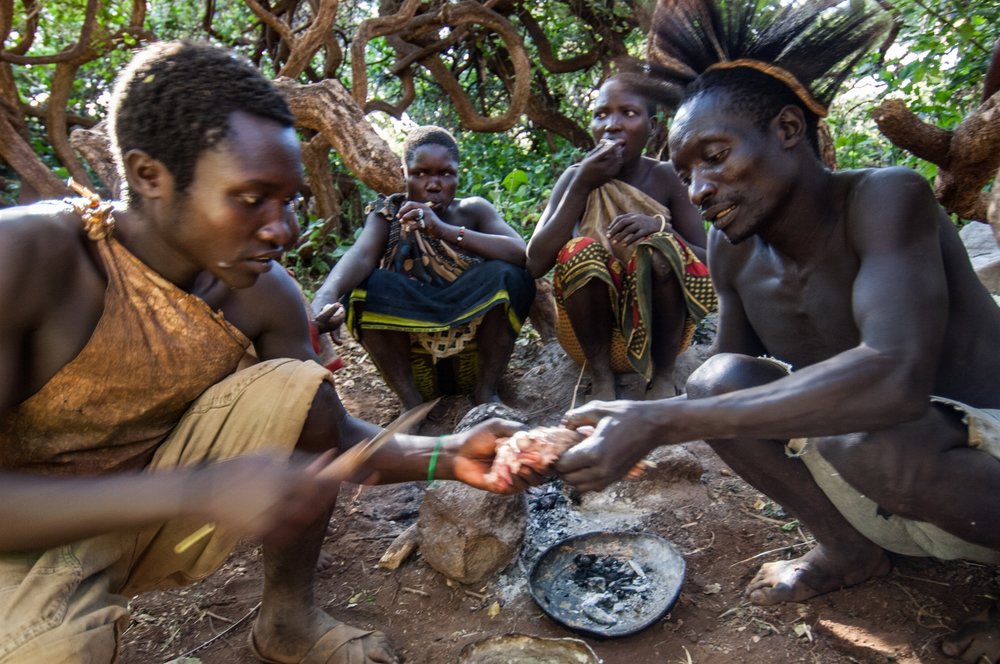 Conclusion
Hadzane is officially considered an endangered language, due to the amount it is spoken and by the amount of people that are able to speak it. We can also see that it is a language under threat due to a dominant L2, and due to effects of tourism and increased regional integration. Recent research has shown more efforts to record and understand the language and its structure as it is unique in its isolated nature and of course the interesting element of click, which is linguistically rare. If we reflect upon the topic of endangered languages, I think it is important to preserve or keep a record of such languages as it is an incredibly interesting language and has survived for decennia, despite the move to agricultural lifestyles and an ever-changing context around the Hadza. If the language were to become extinct, then perhaps that is the natural flow of events and something that cannot be stopped in a globalising context. But for now, lets hope the Hadza are able to keep living the way they prefer and that they are given the chance to keep their language alive through its informal use among the related populations. 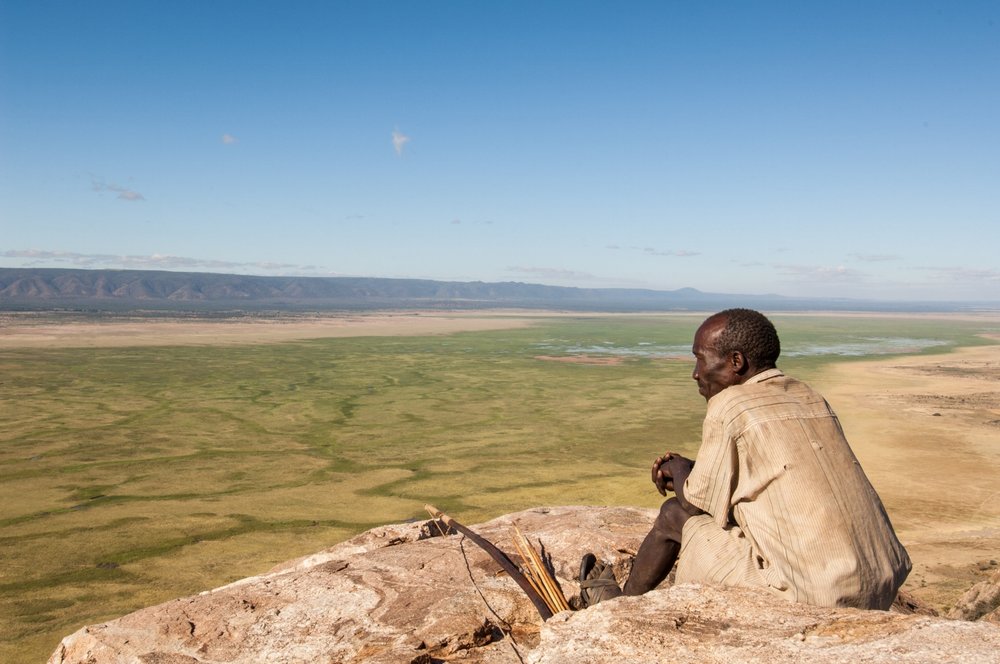