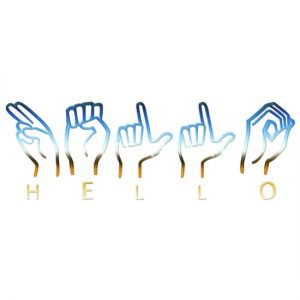 In this blog we - Pleun and Rachel - will delve deeper into the endangered Langue des Signes Malienne (LaSiMa) or (for those of you who don’t know any French) the Malian Sign Language. Yes, you read it correctly: a sign language!

This language is mostly spoken by non-educated adult, male deaf signers in Bamako, Mali, and it is considered their native language. However, as you will read in this blog, the existence and use of LaSiMa is currently under threat by the gradual shift towards the American Sign Language (ASL).

Before we will go more into detail about the origin and history of LaSiMa, its use today, and how this language illustrates the larger theme of endangered languages, we will first introduce the author of the article that our post is based upon.

Perhaps not surprising, Dr. Nyst is a lecturer at Leiden University, specialized in sign languages, specifically in terms of their documentation and description. Apart from that, she is also interested in lexicography, linguistic iconicity, and the gesture-sign language interface. Her research mostly focuses on sign languages in Africa. This enabled us to take a closer look at one of her studies conducted in Mali, which in the end became a source of inspiration for our own analysis of endangered languages.

In 2008, Nyst published the study Documenting an Endangered Sign Language: Constructing a Corpus of Langue des Signes Malienne (LaSiMa). In this article, Nyst shares her experiences in engaging in the LaSiMa-project, which has been initiated to document and describe LaSiMa, as it faces an endangerment of its use and existence. As Nyst explains: “the project hopes that the research activities will lead to an increased interest for LaSiMa within the Malian Deaf community as well as in the wider hearing Malian society”.

This leads us to the question of why LaSiMa is currently under threat, but also why it needs to be preserved. For answers to these questions, a better understanding of the origin and evolution of LaSiMa is required. After all, from what we know by now when it comes to languages, context matters.

Let’s therefore start off with mapping the geographic area that we are talking about, followed by a historical perspective on LaSiMa. 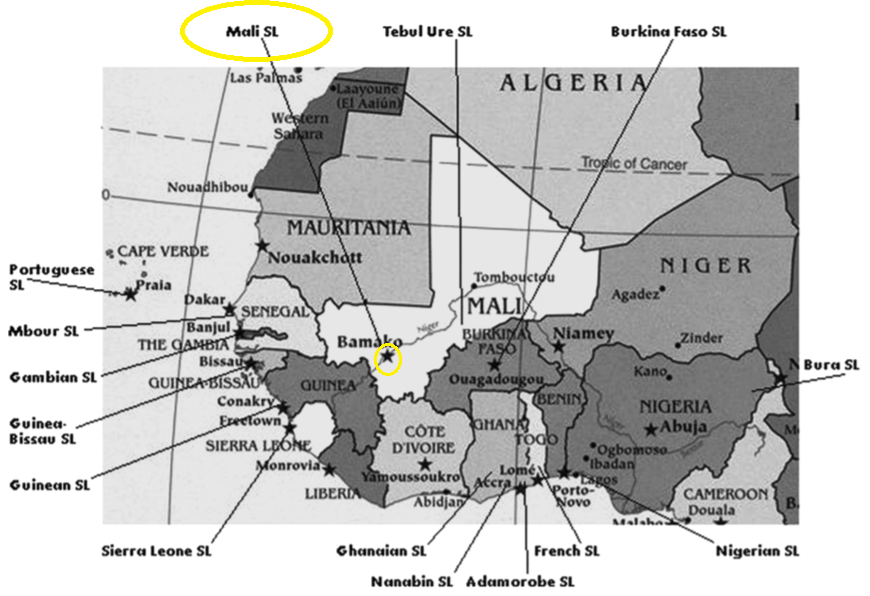 Here, we see the sign language map of West-Africa, in which we highlighted the Malian sign language (indicated as Mali SL), located in Bamako. Bamako is the place where the first School for the Deaf was established in 1994. In the section that follows, we will tell you more about the establishment of this school and other important events in the origin of LaSiMa.

The history and evolution of LaSiMa

The origin of LaSiMa is found in a non-educational context. Predominantly men of the Deaf community in Bamako interacted at the Malian grins outside of the working place of a member of the Deaf community. A grin is an outside tea place where men gather in the afternoon to chat and drink tea. Since women mostly move within the private sphere of their household, they are rather absent in these grins. LaSima is perceived as a language with a ‘’low’’ status, used by people who are not educated and cannot read or write.

As mentioned above, in 1994 Bamako’s first school for the Deaf was established. During the first years the use of LaSiMa made place for the Langue de Singes Française. And quickly after, the instruction language shifted to American Sign Language (ASL) in the late ‘90s. Not much later, Dominique Pinsonneault - a Canadian linguist - established a second school for the deaf. Here teachers and students used LaSiMa. However, the difference in languages was considered as an obstacle for interschool cooperation. So, in 2001, the second school shifted away from using LaSiMa towards using a variety of ASL common in African Francophone countries. A complete overview of LaSiMa's history is presented in the timeline below.

As most deaf children are born to parents who can hear and cannot sign, schools for the deaf are important places for these children to accumulate their own vocabulary. Therefore, the shift from using LaSiMa to using ASL had a great negative impact on the usage of LaSiMa.

Nowadays, LaSiMa is considered an endangered language, because there are no children who use it, and there is pressure on adults to shift to using a variety of ASL. Adults are for example pressured to lose their LaSiMa style name sign, which often has highly personalized characteristics, and instead use an ASL style name sign. Being criticized for using LaSima is often an extra incentive for people to learn ASL. This results in a further mixed use of ASL and LaSiMa.

In Bamako, the Deaf community is not closed to able-hearing persons. And it is not uncommon for deaf people to communicate vocally when this is possible. Dr. Nyst has found in the recordings that most LaSiMa signers also use ASL signs in their communication.

Young people rarely use LaSiMa. And remarkably, this research was barely able to record any female LaSiMa signer. This could be due to the setting in which this language evolved, a male-dominated tea place, but also because women are less likely to meet other deaf persons as they mainly move inside family compounds.

In this videoclip, a Malian LaSiMa signer explains that his language is in danger, partly due to the education system for the Deaf in Bamako.

Endangered languages: What do we learn? 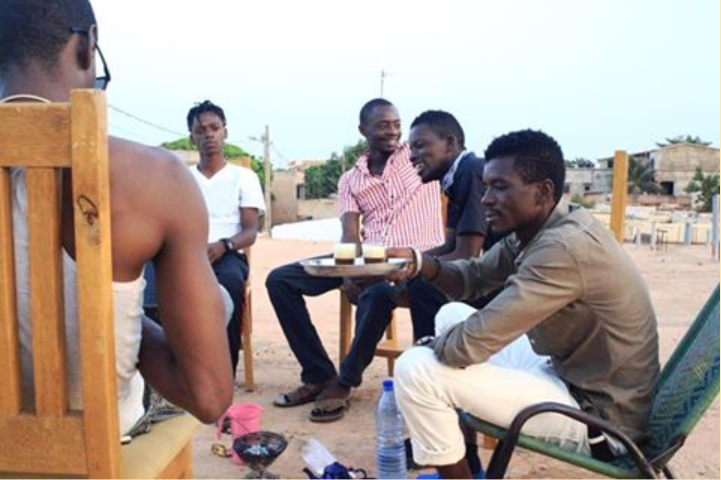 Endangered languages do not necessarily concern spoken languages; also sign languages can be threatened in their existence. As there is a lack of knowledge about African sign languages, more research should be conducted to increase awareness about the preservation of these languages. For us, the study by Victoria Nyst on LaSiMa provides a good example of how to document and describe an endangered language.

By exemplifying how LaSiMa is embedded in Malian culture, Nyst provides another incentive for preserving this sign language. As a final example, take a look at the pictures below. 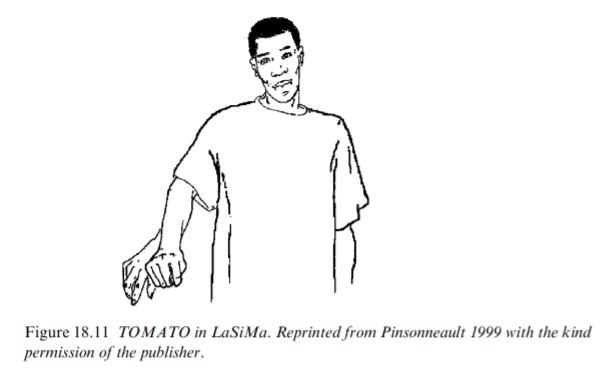 Here, the word "tomato" is captured in both LaSiMa and ASL. We see that the sign for ''tomato'' in LaSiMa reflects the cultural habit in Bamako of sqeeuzing the tomato when using it in the kitchen. Yet, the African ASL sign for ''tomato''  is the standard handsign for a ''t''. This shows that preserving language in this case also means protecting culture and cultural habits, including traditional ways of cooking. Interesting right?!

We hope you enjoyed learning more about LaSiMa, thank you for reading our post!