Yama Chinese: Charting the Roots of Anti-Chinese Populism in Africa: A Comparison of Zambia and Ghana

This expression of anti-Chinese sentiment in this song shows how many Zambians view the growing influence of China in their country. Political scientists Steve Hess and Richard Aidoo did impressive research on the roots of this anti-Chinese sentiment, described in their article: "Charting the Roots of Anti-Chinese Populism in Africa: A Comparison of Zambia and Ghana."

Hess and Aidoo focused on these countries because both countries have extensive and growing trade links with China and have seen China emerge as a major supplier of domestic infrastructure. Also, have Zambia and Ghana both witnessed visible hatred among domestic entrepreneurs and workers against Chinese enterprises, goods, and laborers, which have brought unwanted competition into domestic markets. But only in Zambia has this growing Chinese involvement led to the political rise of an opposition candidate, Michael Sata. And that’s why in this blog, we’ll only look at the Zambian Case and dive deeper into the electoral success of Sata and his anti-Chinese strategy. 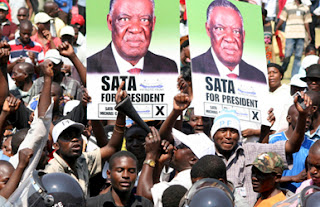 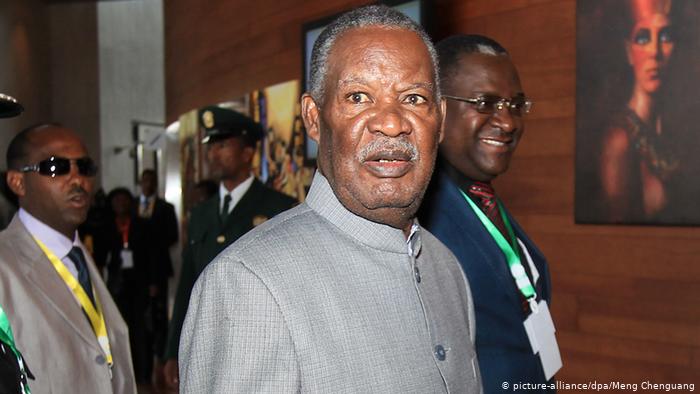 The late Michael Sata used the anti-China card in his 2006 presidential election campaign.

The case study of Zambia Aidoo and Hess described how Sata has won substantial and diverse popular support and ultimately the presidency by conducting a populist political campaign targeting growing Chinese influence in Zambia and the ruling Movement for Multi-Party Democracy (MMD)’s alleged collusion with Beijing. The success of Sata’s anti-Chinese strategy in Zambia was rooted in several factors.

First, citizens of China have often come into direct competition with Zambians in lower-skill labor markets, and they often have economic purposes for staying in Zambia, even if that involves doing manual labor, such as construction work or operating as small-time merchants as Aidoo and Hess argue.

Second, Beijing invested heavenly in strategically critical natural resources, often in volatile environments. While the Chinese mining firms boosted the Zambian copper industry, they squeezed out profits, mainly because of low wages, no benefits, extended shifts, and unsafe labor conditions. Sata won substantial support from miners’ unions by making their rights a central focus of his ‘resource nationalist’ campaign and give rise to anti-Chinese sentiments. The figure below shows that this strategy worked out and helped him win overwhelming support in the Copperbelt, the mining area of Zambia.

Figure: Proportion of votes cast for the Patriotic Front by province. Source: Electoral Commission of Zambia (2012).

Finally, Aidoo and Hess argue that Beijing’s policy of 'non-interference' in Zambia has occasionally 'contributed to the belief that it favors and actively supports ruling regimes in their competition with opposition parties'. The lack of transparency of what precisely the MMD is doing to receive Chinese investment made the ruling party vulnerable to allegations that it was corrupt when colluding with Chinese investors and officials.

Sata took advantage of grievances in the Zambian society and used an anti-foreign, anti-imperialist political frame where China interpreted evil to gain electoral success and became the fifth president of Zambia.

Aidoo and Hess conducted a two-case comparison of Zambia and Ghana. The case study is one of the traditions in qualitative methodology. However, these two cases were studied from perspectives - both qualitative and quantitative. The authors examined the historical discourse through secondary source documents to explain the trend in both cases in terms of qualitative data collection. As for the quantitative part, they gathered the proportion of votes cast for the Patriotic Front by province in the case of Zambia and collected the statistics of sector breakdown and investment cost of Chinese projects as well as the results of the presidential elections in Ghana. The disciplines that this research includes are political science, economics, and sociology, and in that way, it is interdisciplinary research.