Money Transfer Services in The Hague: insights from an online survey

At the beginning of our research project we had envisaged to carry out a survey as a starting point to inform ourselves on broader trends on the use of money transfer services in The Hague. Prior to our first ethnographic encounter with the field, we prepared a questionnaire that we intended to share amongst people we would meet in the shops in The Hague. However, when two of our group members visited various facilities in The Hague for the first time, there were hardly any encounters with prospective participants. Consequently, we decided to put the questionnaire aside. At a later stage of the research process, however, we decided to resume the questionnaire idea. Acknowledging that we had been facing difficulties finding participants that were open and comfortable to talk about their use of money transfer services, we decided to redesign our questionnaire into an online survey via the platform SoGoSurvey. In that way, we hoped to reach more people and could improve our participants comfort in answering questions about a rather sensitive topic.
Unfortunately, we had made some minor mistakes in the design of our first online survey, which is why we had to redo it a second time. The initial idea was that the research population would be members of the African diaspora in The Hague. Yet, we realised that in that way the number of cases we had, was way too small. Therefore, we decided to share our survey not only amongst members of the African diaspora in The Hague and the Netherlands, but also amongst people living on the African continent, as they would be constitute the counterpart (receiving or sending) to people in the diaspora.
Finally, in the second run, we had 26 cases of whom 58% regarded themselves female, and 42% male. About two-thirds of the partipants were between 25 and 35 years old, another 20% between 18 and 25 and almost 8% between 35 and 45 years old and above 45 years. 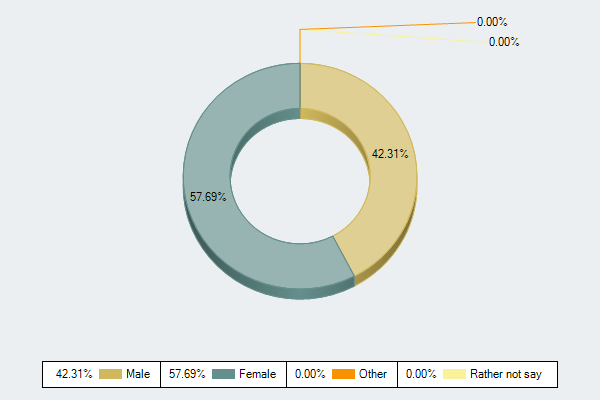 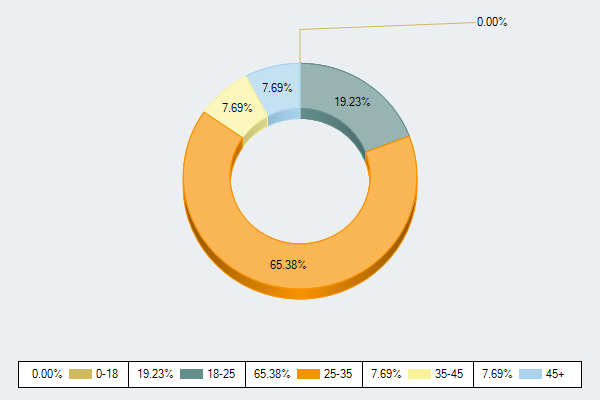 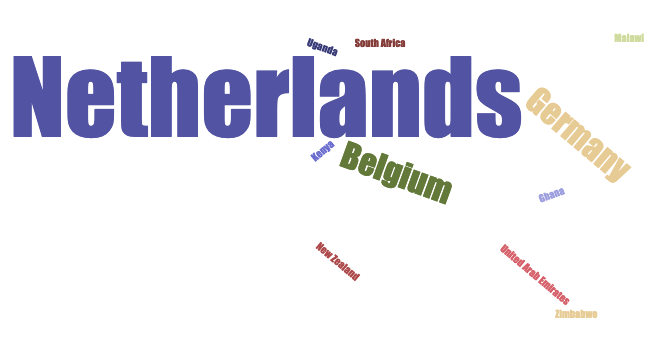 The large majority of our respondents resides in the Netherlands. Other more frequent countries of residence were Germany and Belgium. The rest
of our respondents currently live in Malawi, South Africa, Uganda, Kenya, New Zealand, the United Arab Emirates, Ghana and Zimbabwe. 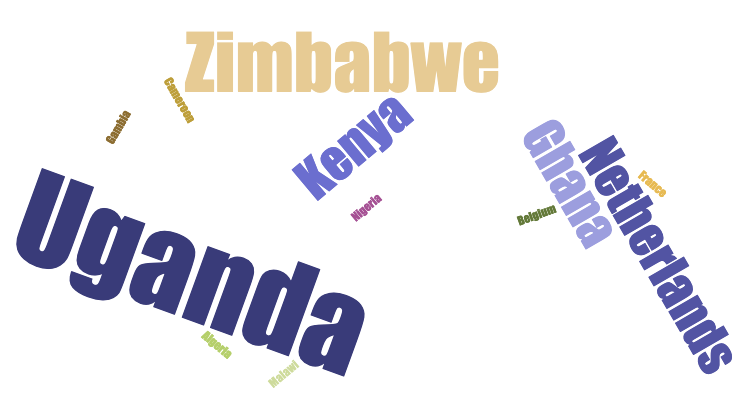 Ugandan nationals constituted the largest group among our respondents, followed by Zimbabwean and Dutch nationals. Other more frequent nationalities were Kenyan and Ghanaian. 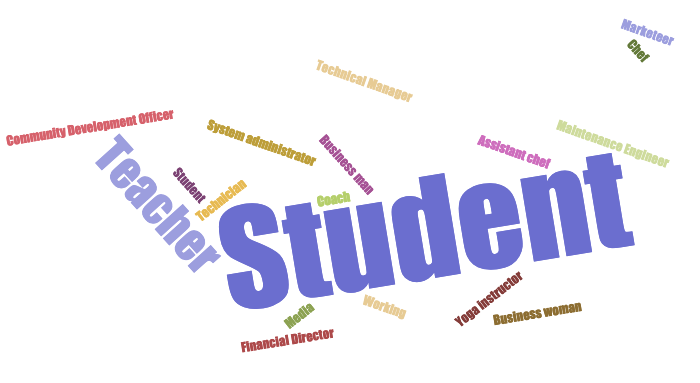 Regarding their occupation, most participants were students and some others teachers. Other occupations included yoga instructor, business (wo)men, chef etc.

Overall, more than 80% of all respondents answered 'yes' to the following question:

Do you make use of money transfer services - other than banks? For example, Western Union, MoneyGram, Ria etc.? 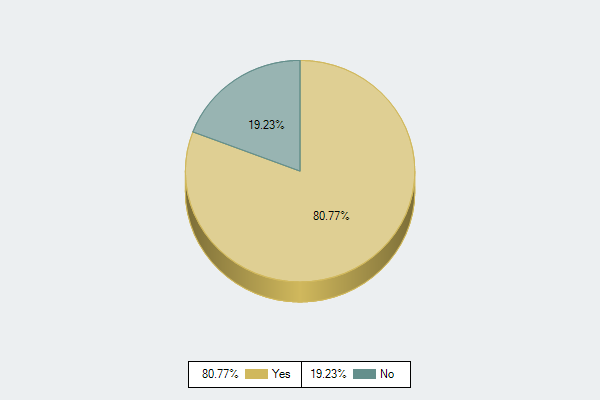 Figure 6: Do you use money transfer services other than banks?

Western Union is by far the most used service among all participants, followed by MoneyGram and WorldRemit. Other options mentioned were Instant Cash, Mukuru.com, Mobile transfers and Azimo. 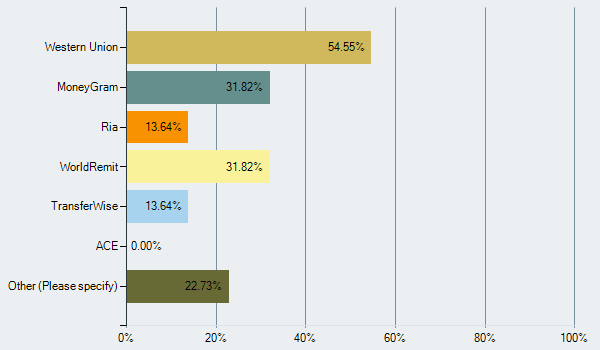 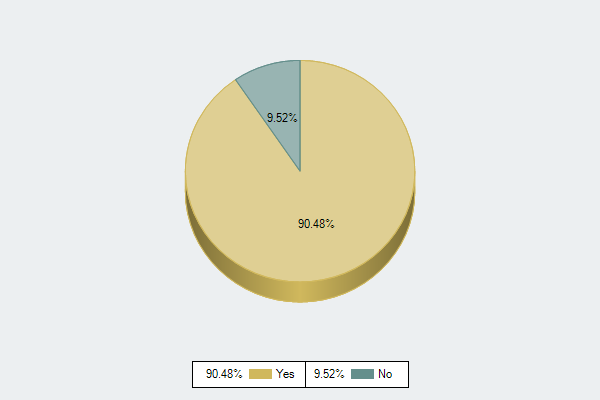 Figure 8: Use of services among nationals of African countries and diaspora

How often do you make use of money transfer services? 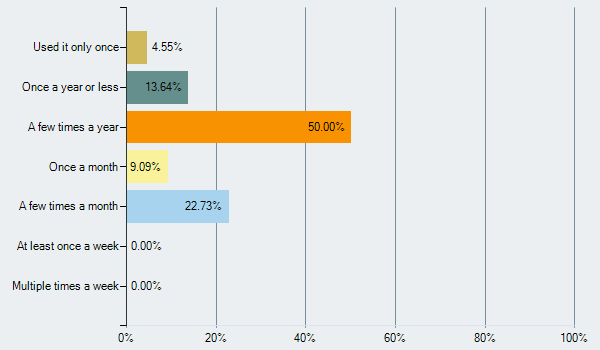 Who are you sending money to or receiving money from? 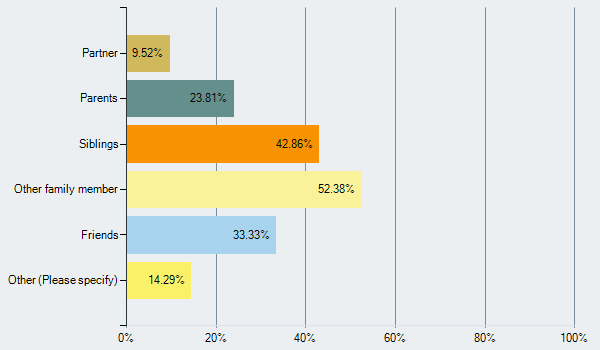 What is the money you send or receive intended for? 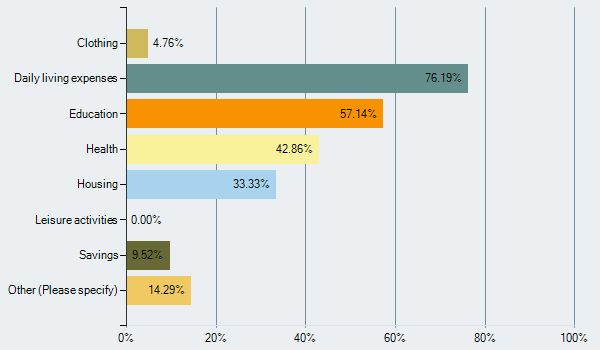 Do you mainly use money transfer services in a shop or online? 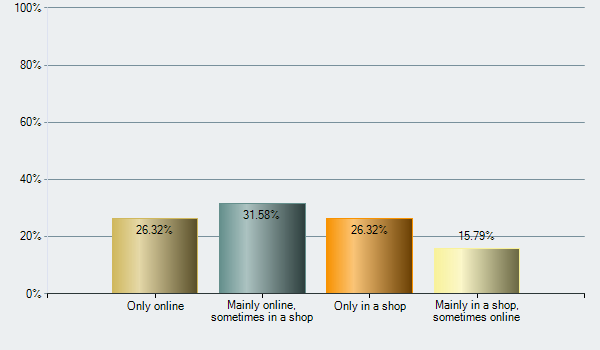 It’s just much easier to deal with online

Why would I go to a store if I can do it at home?

It feels safer that way (in the shop)

Do you use other ways to send or receive money? 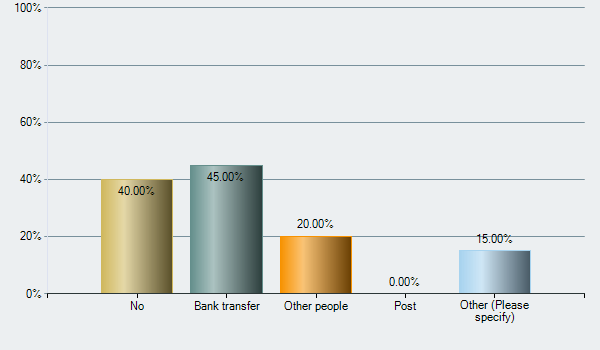 Overall, our respondents very generally quite satisfied with the services of the money transfer providers they used. When asked to rate how satisfied they were (0 = not satisfied at all; 10 = could not be more satisfied), the mean value among all respondents was 7.41.

Although high transaction costs remain a major disadvantage of these services, many people still rely on those services and acknowledge their benefits such as the instantaneous and safe transfer of money without having to use a bank account.

The rates are quite expensive

Its fast and instant transfers, saves a lot of time when done online

It's the quickest and trusted way. I like it

It's costly and the currency exchange rates take up much of the money. But it helps.

Without them, life would be slow. However, there is need of improvements

Sometimes the charges can be a lot